Pastries & the Parisian pâtissier at Truth in Cape Town

This article first appeared in The Times, 13 December 2017 My croissant première, as I like to call it, was in Cannes on the French Riviera at age 14. I was en France on a ballet tour and for junior me with a bread repertoire generally limited to Portuguese rolls and hamburger buns, the glorious pillow of pastry was a revelation.

A good croissant is hard to get – golden with flaky layers and where you can smell the butteriness. So when murmurings of Truth Roastery’s next level confection offering reached my ears, I made haste to Buitenkant Street to meet the man behind the menu. 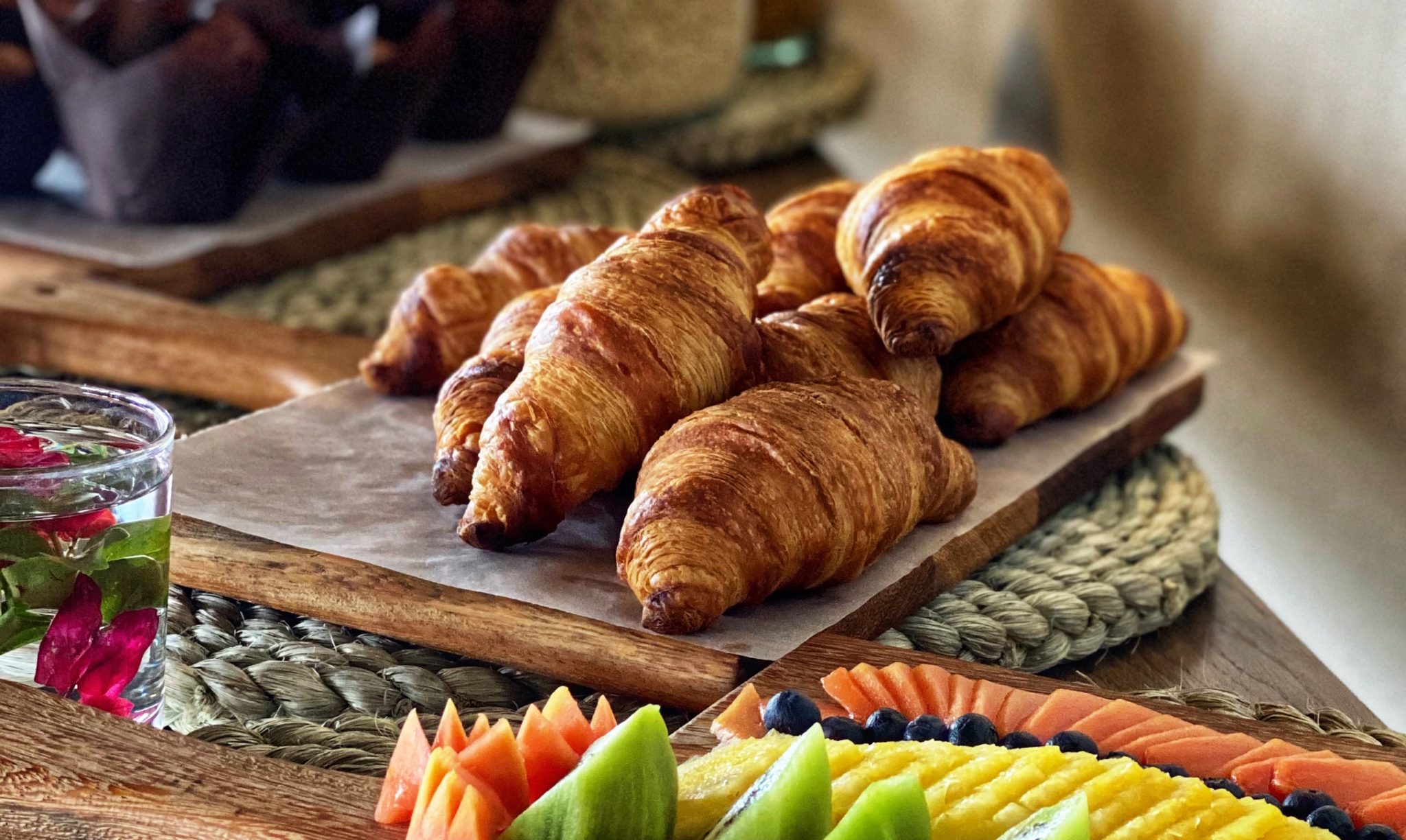 At a statuesque 1.98 metres, Kamel Hamzaoui looks more like a demi-god than a pâtissier. Born in Montmartre in Paris to French-Algerian parents, his baking prowess first manifested at age four when he whipped up an impressive cake for baking day at kindergarten. While at high school he worked weekends in Enghiens-Les-Bains as an apprentice to one Monsieur Chapeau, learning the  fundamentals, from creating the base of a gateaux to honing the techniques that underpin the classical handcrafted croissant. At age twenty-one, after five years with Chapeau, he switched direction to pursue an international modelling career. One of his stops was Cape Town where he met his future wife before returning to Paris and taking up a position at the exceptional L’Epicure in 2007, a three Michelin star restaurant at Le Bristol Hôtel in Rue du Faubourg Saint-Honoré. There he worked under the guidance of the late Laurent Jeannin, the charismatic pastry chef who trained alongside Pierre Hermé and whose résumé included other emblematic establishments like the Hôtel de Crillon and the George V. “I learnt everything from Laurent,” said Hamzaoui whose pedigree also boasts stints at several temples of gastronomy at the Plaza Athénée on the Champs Élysées, the Mini Palais inside the Grand Palais Museum, and, just prior to leaving for Cape Town, at La Petite Cour in Saint-Germain-Des-Prés where he spent five years.  Hamzaoui started at Truth exactly a year ago. Owner David Donde remembers seeing him for the first time- “he was sitting at the Café, impeccably dressed in a three-piece suit. Kamel is an extraordinary man and an outstanding talent – we are in awe of his creations.”

Creating the ultimate croissant by hand is an art science and Kamel’s process is is scientific, a marriage between precision and passion. He is meticulous, using the finest ingredients like the butter David imports for him from France. “Before beginning, I take note the room temperature, the wheat flour consistency, even the quality of the water I use”, he explained,  adding that “the sheets of dough must feel right, the texture must be just so, and then I know where I am going.”. At Truth, croissants are elongated and emerge with just the right amount of lightness and feuilletage (flakiness). Kamel relishes taking traditional pastries through a visual and taste metamorphosis.  If you adventure beyond what’s on offer at the counter and inch your finger down the menu of temptation, you’ll discover a choice of desserts and cakes that have had an exotic makeover under his hand. Like the humble cheesecake-never my first choice, but Hamzaoui’s version appeals is a perfect ronde made with sabayon cream cheese and chewy caramel mou that oozes from the centre. Somehow, it found its way to my mouth.

Get to Truth early if you want your share of the delectables. Kamel makes 108 croissants a day, seven days a week and they disappear fast. Au revoir banting and bonjour bread! You have been warned.