Nothing special about a tile right?  Wrong. Lisbon will show you what’s what in the universe of The Tile.

In the week I’ve been here I’ve become somewhat tile obsessed. Stopping every few steps, literally, to take a photo because they are everywhere in this city and they are so beautiful. I’m not talking about your run of the mill big square tile mind you. No, those just think they are tiles. Let me be clear- these of which I type are smaller ancient tiles and mosaics that prettify pavements, old streets, building facades, framing doors, sills and windows, pressed into murals depicting Fado singers, fables and life scenes, transforming the ordinary  into the extraordinary.
It’s said that the first pavement (calcades) mosaics were created by  Lisboa prisoners in 1842- the history is a little unclear but suffice to say one Eusebius Furtado, a military commander, was commissioned to design the wavy mosaic pattern in Rossio Square… the trend caught on and voila, Lisbon got its tile game on, and still today, the city looks magnificent.
The Moors must also be credited for  their introduction of the geometrical ceramic arts. Decorated tilework, known in Portuguese as azulejo, soon came to cover houses and churches across the country during their occupation of Portugal.
So aside from what you see at eye level and above, don’t forget to look down – at the artwork created centuries ago for your and my visual pleasure. 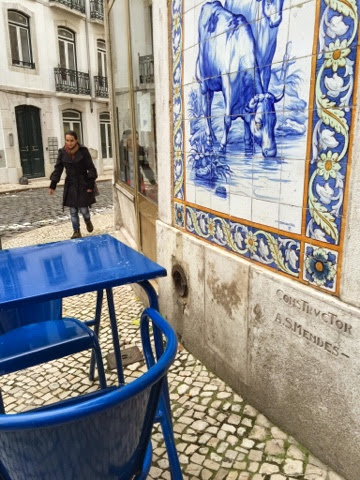 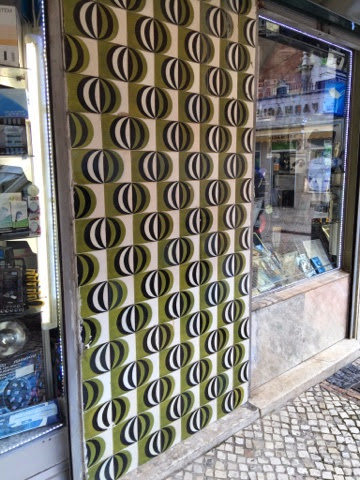 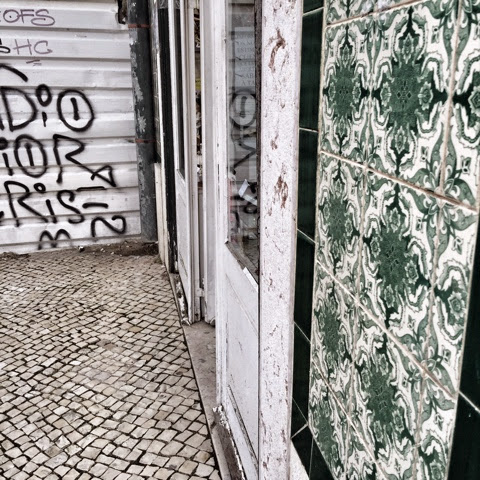 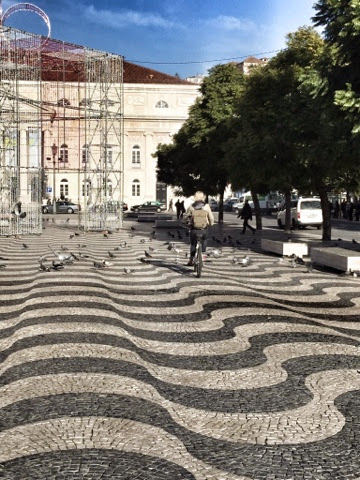 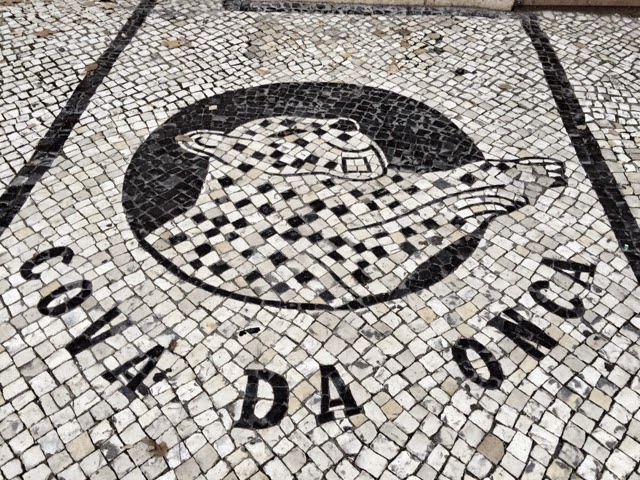 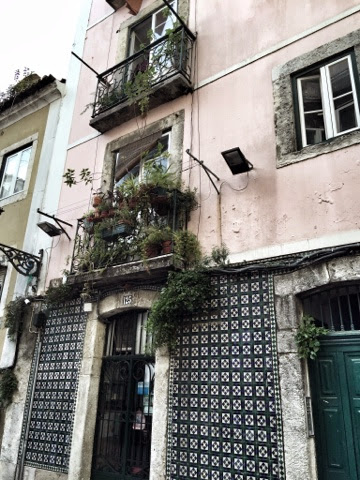 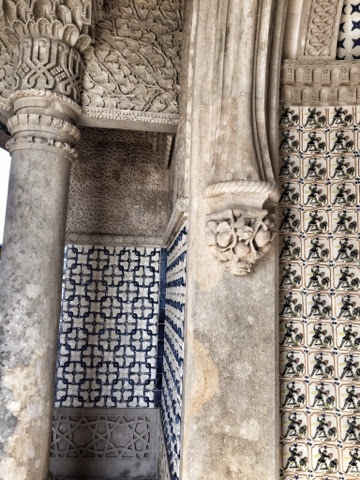 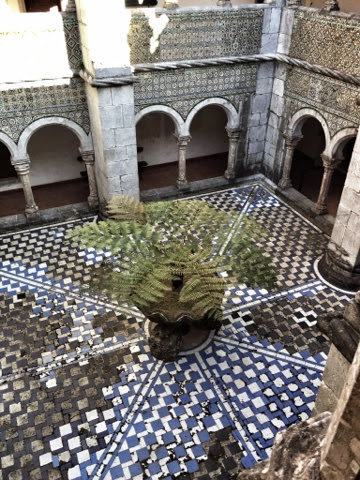 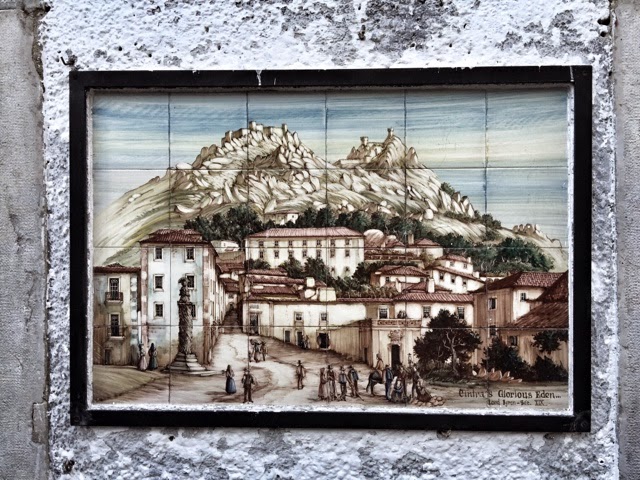 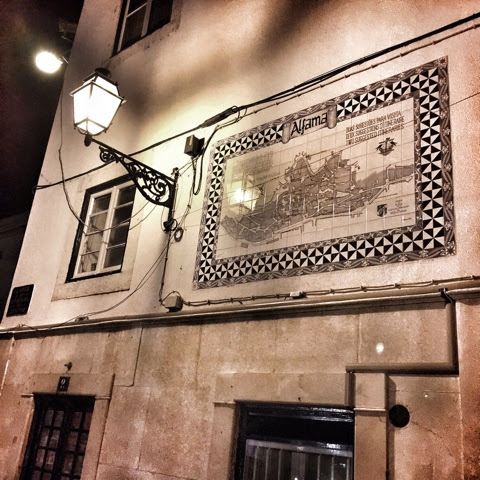 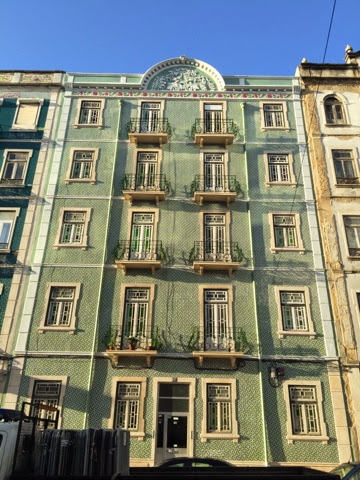 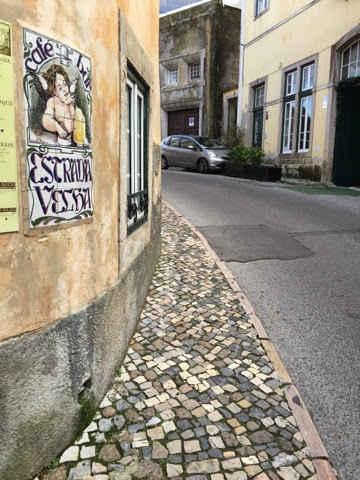 Me, in celebration of that which is underfoot…. 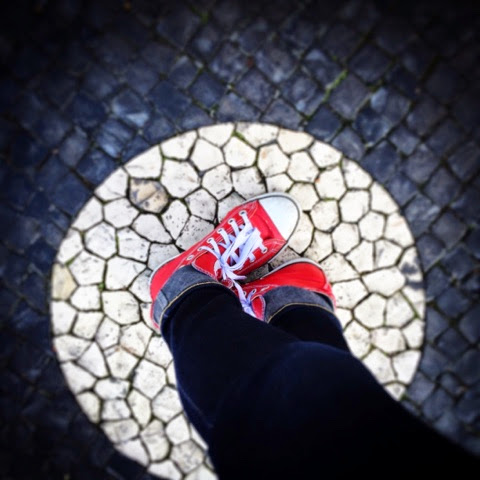