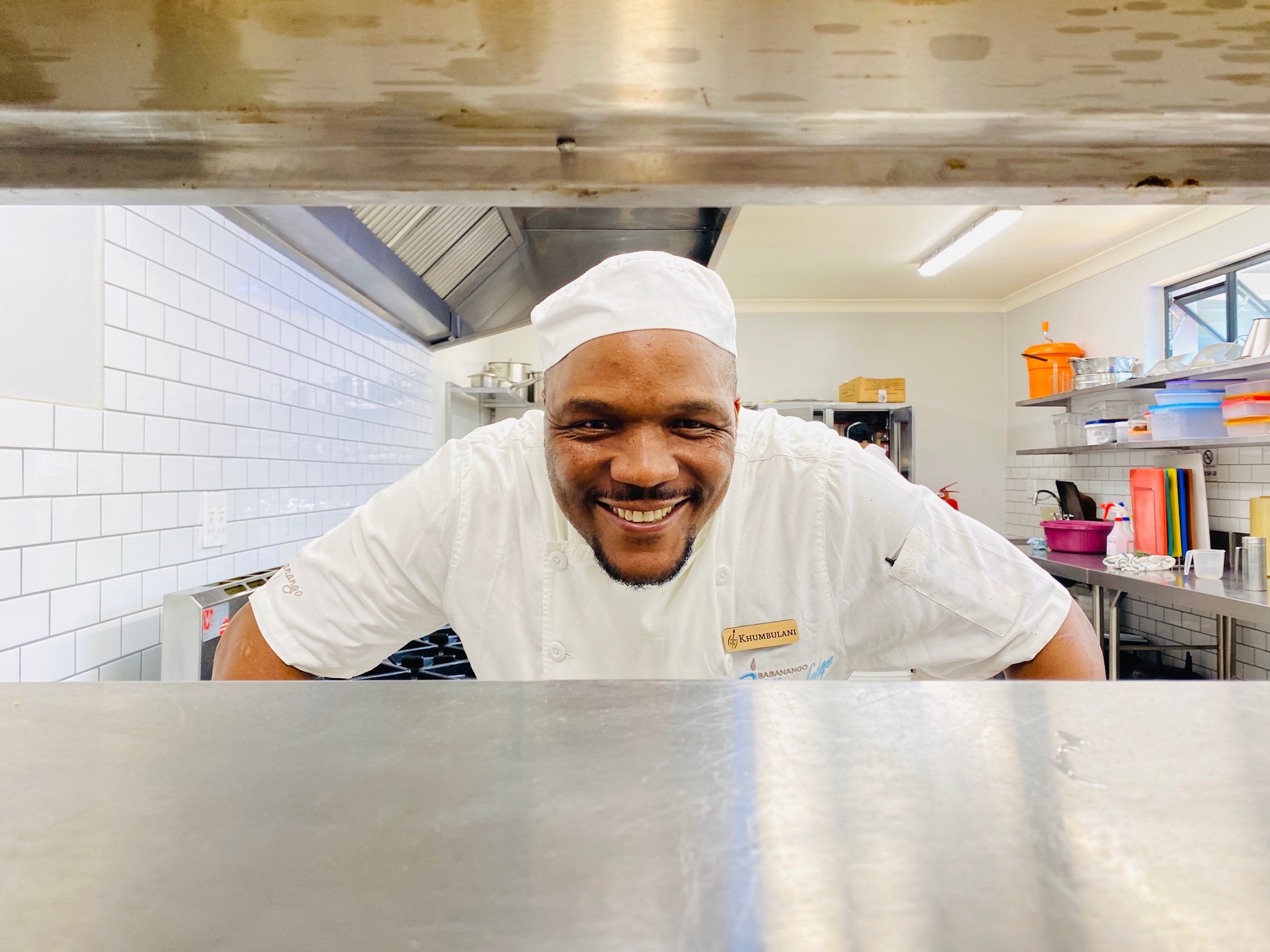 Not too long ago, safari food was a literal starch and carni fest, but, good news! If you go down to the bush today, you’re in for a big surprise. The game has changed, if you’ll pardon the pun, with ardent cooks in the middle of nowhere whipping up interesting menus and thinking out the box. Pap and wors will always be a thing but for epicureans on expedition, having an inspired creative at the helm of your remote kitchen is a delicious fringe benefit. I caught up with five chefs in three provinces, who are serving up safari food with a dash of fancy. 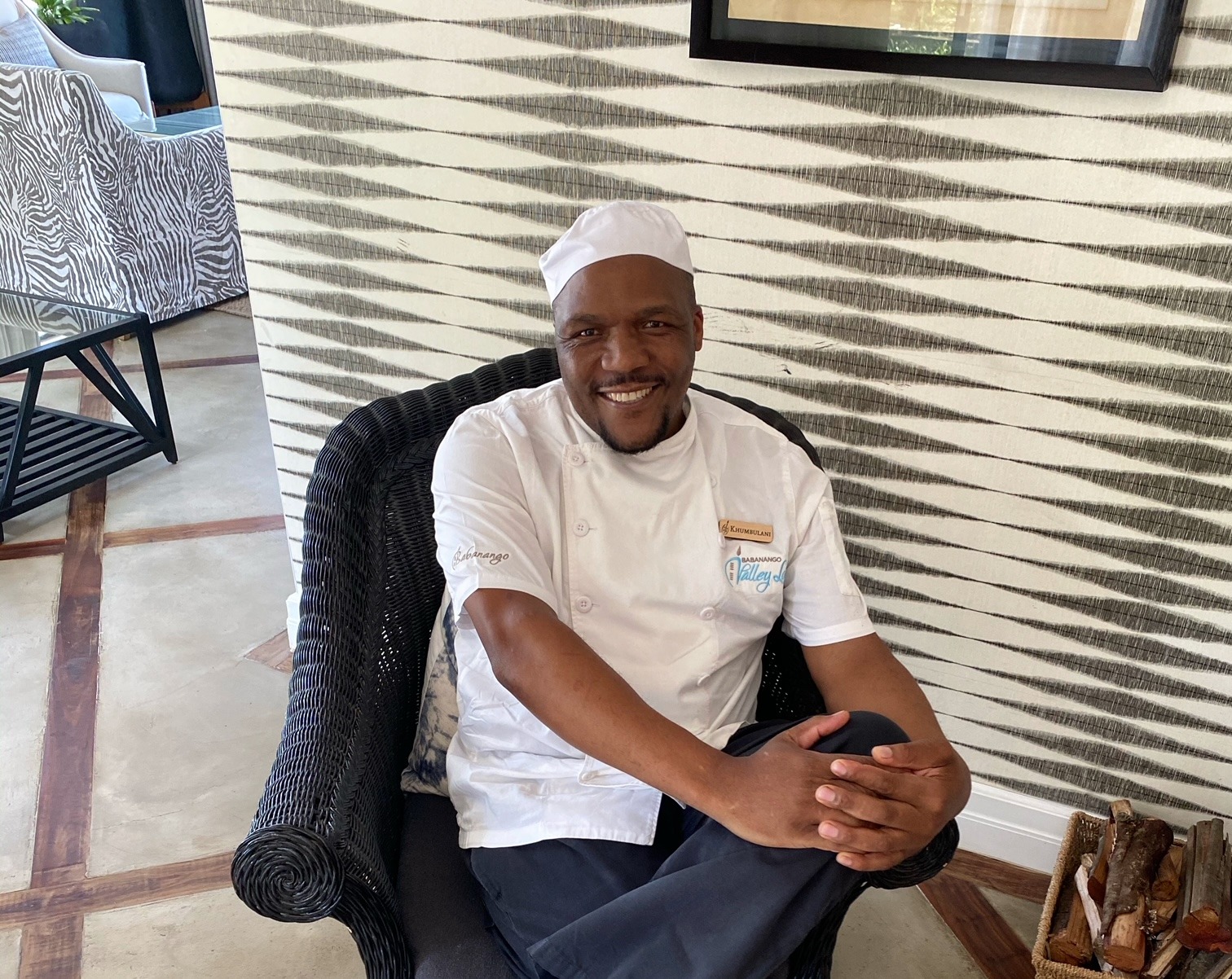 Beyond flavour profiling, ideation and menu construction, Khumbulani Nzima likes nothing more than to prettify a plate. This penchant for presentation throws back to his high school days when he interned in the kitchen of the town’s restaurant du jour, the Wakkerstrom Country Inn. He was under the mentorship of hotelier and Chef-Patron Brian Charlton, a first class cook who produced “beautiful food every time” according to Nzima, and whom he cites today as his greatest influence. As a seventeen-year-old, the eatery was his go-to for special occasions, and he would dine there, often.  Charlton, a gregarious personality and generous to a fault, clocked his young customer’s repeat visits and made a point of getting to know him. “He was an unassuming guy, easygoing, and I could sense his love of the job. It made me want to dig deeper.” What began with the occasional after-service chat was followed by a back-of-house tour and eventually a coveted place on Charlton’s crew, working the cold section. “Once I stepped into the galley, I knew it was somewhere I wanted to spend more time.” It was a pivotal period and the lessons learnt were gold. Experiencing Brian’s culinary savoir faire up close made an indelible impression – the flavour mongering, attention to detail and individuation, just a few of the nuggets gleaned during that formative phase. “Brian would constantly be creating and developing recipes from scratch, something I so admired.” 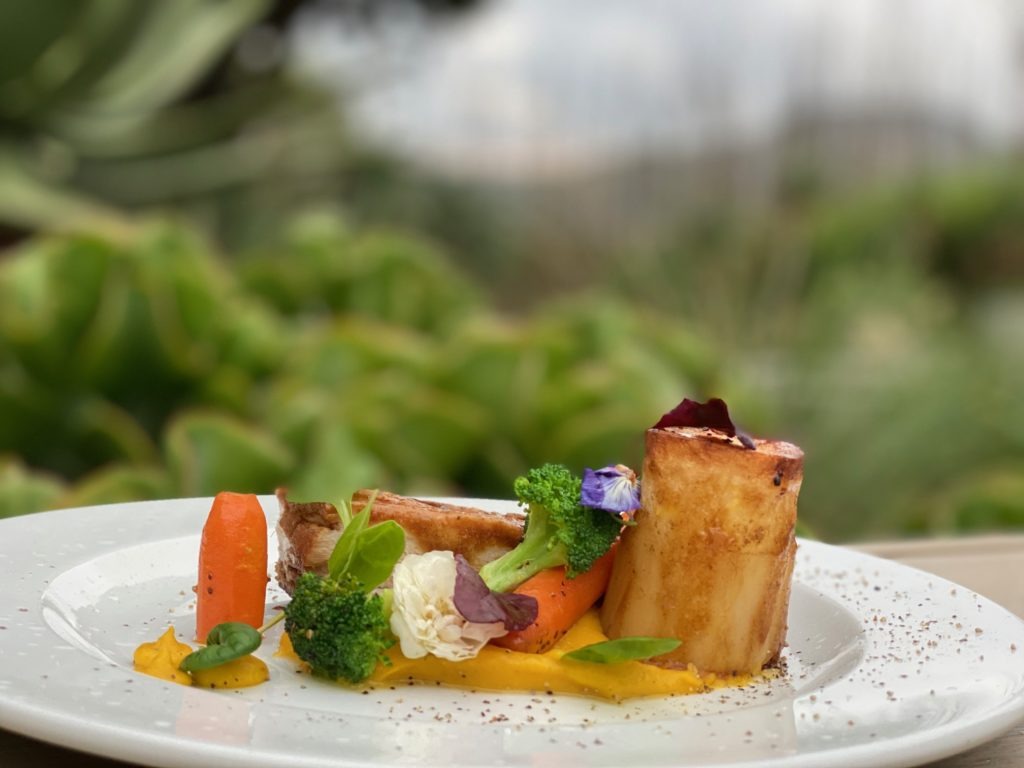 Straight after Matric, Khumbulani was recruited by the South African Police Service (SAPS) and he left home to train in Cape Town where he was based for five years. In that time, Brian had sold the Wakkerstrom restaurant and bought another, this time in Pringle Bay and called @365. The two reconnected and on his off-days Khumbulani beelined for Brian’s kitchen. “He took me under his wing once more and sponsored my course at the International Chef Academy.” Armed with a formidable foundation and a strong work ethic, Nzima entered the profession on the front foot. Best of all was Brian’s parting gift- a one thousand of his recipes and a French cookbook, which accounts for the hints of haute in Khumbulani’s cooking, the sort of Franco flair one wouldn’t necessarily expect to see gracing the pass at a safari lodge. 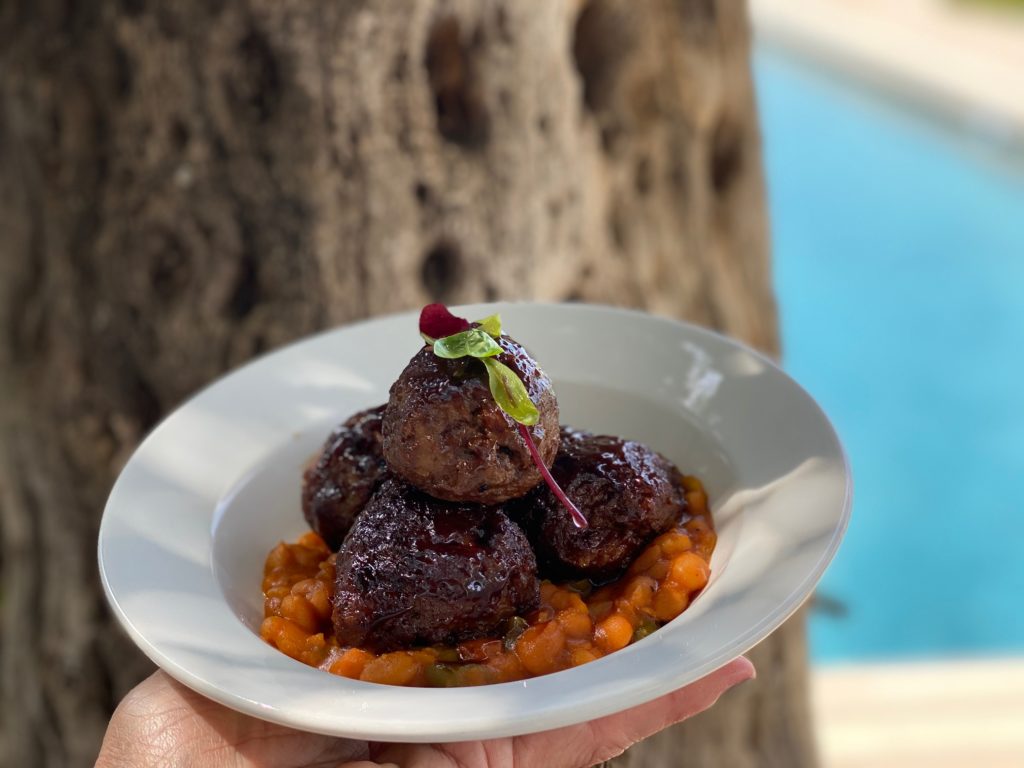 Khumbulani took up his position as Executive Chef at Babanango Valley Lodge in Zululand in 2019, working with a team of four to oversee all things culinary across the three properties on Babanango Game Reserve, fifty kilometres from Vryheid. Regionally it’s hot and humid in summer with mild and dry winters, so typically, the climate informs the menu. Chef presents two seasonal offerings and within those remains flexible, mixing it up when necessary. He seldom needs to cook on the fly as guests’ dietaries are patched through ahead of arrival. Whatever goes to table always impresses whether simple tapas like soy-glazed meatballs on a bed of baked beans, or something fancier with a gourmet spin, like the pork belly done with potato fondant, butternut purée and grilled baby veg. For him it’s all about flavour, and food must be good looking, to romance diners and reel them in. “As Brian used to say, ‘you eat with your eyes first’ so I love an attractive plate.” 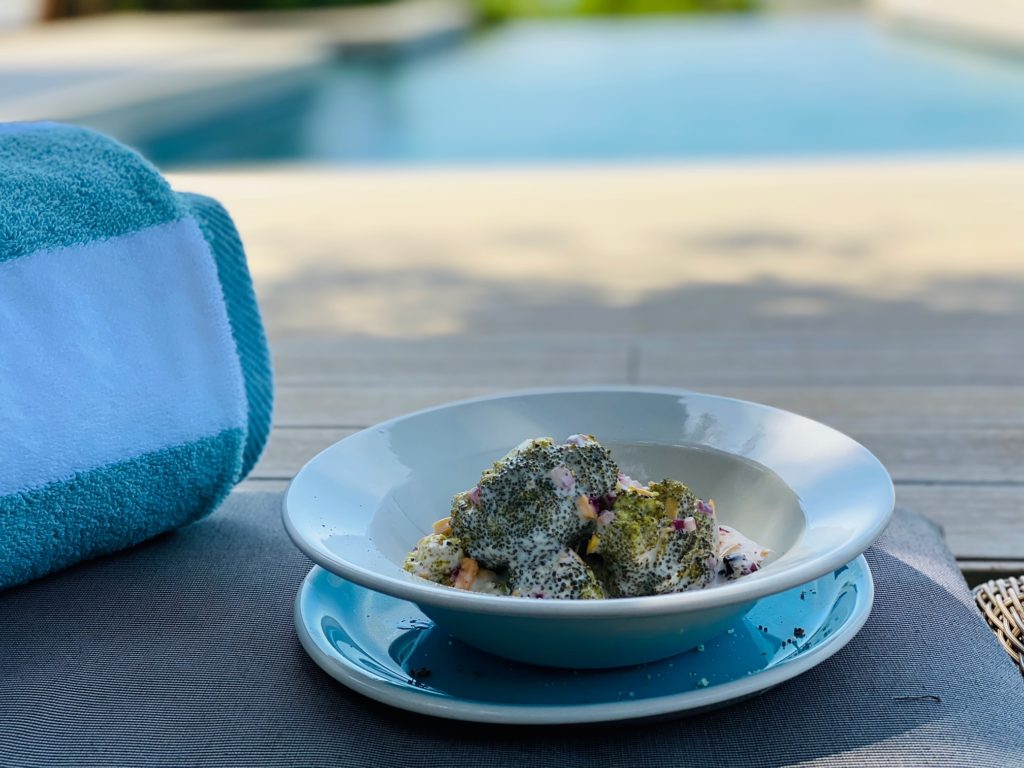 When on leave he heads back to Wakkerstrom and assumes another role, that of police reservist. A tragic incident involving a small child prompted him to get more involved in the community there. “I do patrols, cook for kids and look out for the locals, people I’ve known all my life.” That aside, he indulges one of his biggest passions- baking. It’s his side hustle and he is quite the master when it comes to traditional gateaux and his repertoire of made-to-order occasion cakes is impressive. Back at the lodge, his pâtissier prowess shows up in the rolling selection of pastries, tartlets, tortes and rusks and the to-die-for blueberry brioche toast.

Occasionally Khumbulani taps into online masterclasses on websites like Great British Chefs to observe different approaches, prep and methods that all contribute to a stronger game. “It begins and ends with me. There’s no standing still in such an evolving industry. I always want to do better, to improve.” He uses criticism to his advantage as well, another takeaway from Brian. Any negative issue or a complaint is an opportunity to grow. “It keeps my head in the right place. Brian told me ‘when ppl criticise you, accept it, analyse the problem and don’t make the same mistake twice.’” 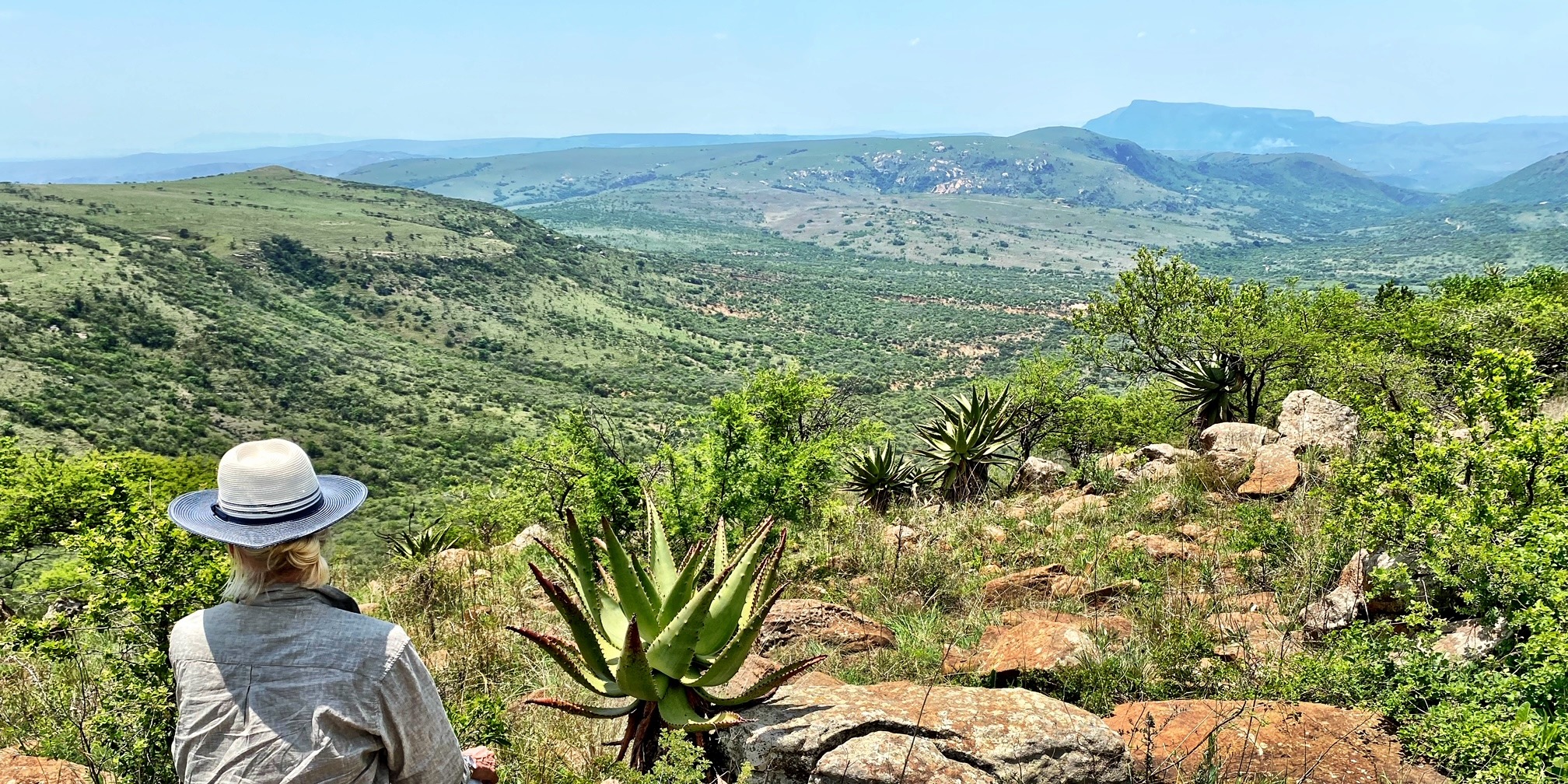 BABANANGO VALLEY LODGE is situated in a remote valley in the south of Babanango Game Reserve.  It offers four-star catered accommodation in a relaxed bush setting and overlooks the picturesque Nsubeni River valley with its granite koppies, sandstone cliffs and quartzite ridges stretching into the far distance, where the Nsubeni river bisects the White Umfolozi River. Within this jagged wilderness, Babanango Valley Lodge with its cool white décor offset by accents of black, offers a sophisticated laidback appeal perfect for a bush break. Depending on the season, guests will arrive to a cold glass of homemade iced-tea or a warming cup of hot chocolate together with a welcoming smile. Babanango is a fully bio-secure lodge, all Covid-19 protocols observed. For more info on the Wacky Winter special  call +27 31 100 0362 or visit the website. 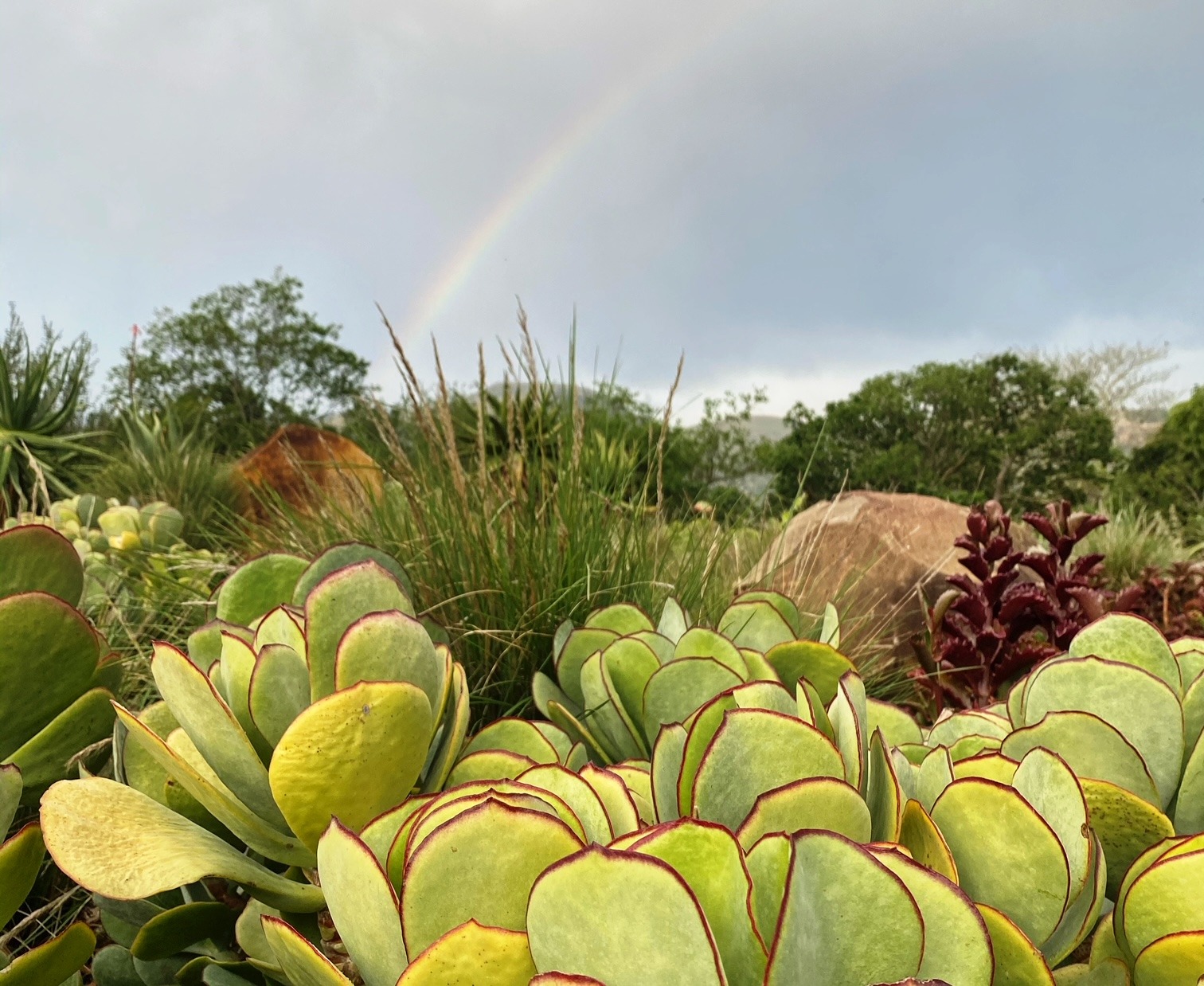 Saving wild bees, one beanie (etc) at a time

Lanzerac, a luxurious staycation in the Jonkershoek Valley

The Marly in Camps Bay ~ an Atlantic...

Eco commitment in the Cederberg with Bushmanskloof

The Splash of Pink Bubbly Festival in Robertson...

Looking to do cool stuff locally? Head up Route 62

A gentle, golden finale to the day... #village #v

Love this pic of @oscarvanderspuy

Moody hues & fynbos on an early morning hike in th

A day with a dog is a complete day 🤎 #pitbull

Taking it all in ~ my great distraction. #nature

This Travel Tuesday how about a Garden Route road

Shopping for pumps for a photo shoot with an extra

Safari cuisine is a thing. Throwback to an intervi

Fennel fever at the country casa in McGregor villy

Where to this Trav Tuesday? How about a staycation

Waybacking to that day in 2013 when I snapped this

#Paris. When will I see you again? Wistful Sunday

This is joy. A little Ghanaian girl who has entere

#flashbackfriday to the State Tretyakov Gallery i