December 21, 2014
There’s a lot going on in this corner of Belem, on the north side of the Tagus River in beautiful Lisboa. Three stunning architectural masterpieces stand there, all close to each other: the Monument to the Discoveries, the Belem Tower and across the street, the Jeronimos Monastery.
The Discoveries Monument is 52m high,  circa 1958-60, built to commemorate the 500th anniversary of the death of Prince Henry the Navigator who led expeditions into the New World. It represents a 3 sailed ship with Henry at the helm and other notable explorers, monks, poets and cartographers bringing up the rear. The sculptural work by Leopoldo de Almeida, made of concrete and rose tinted stone that looks a lot like marble, is remarkable.
The much older 16th century Tower of Belem sits on a tiny basalt outcrop- right near the shore of the Tagus. It’s 4 stories high and built of white limestone. Like the Pena Palace in Sintra and so many other ancient buildings in Lisbon, it’s design comprises a combination of styles influenced by the extensive global travel undertaken by the explorers of the day. The Manueline style is particularly prevalent, combining Gothic, Moorish and early Renaissance influence and named after a certain King Manuel l whose reign coincided with the period of great successes in the various voyages of discovery undertaken by so many Portuguese navigators.
And then there is the stately Jernonimos Monastery…very Manueline, possibly the best example of that style. It’s a very impressive tribute to Vasco da Gama’s successful voyage to India and the architects were French and Spanish. There’s an elaborate use of sculptural detail and motifs, as with the Triton sculpture at the Pena Palace. Altogether it’s a monastic masterpiece.
To get yourself to these monuments, take Tram #15 (2.85€ in exact change) or take a cab or an Uber (the latter is my choice mode of travel). Check online for opening days times and entrance fees where applicable. A great tourist site for further detailed info is www.golisbon.com.
#capetowndiva @allisonfoat
The Monument to the Discoveries> 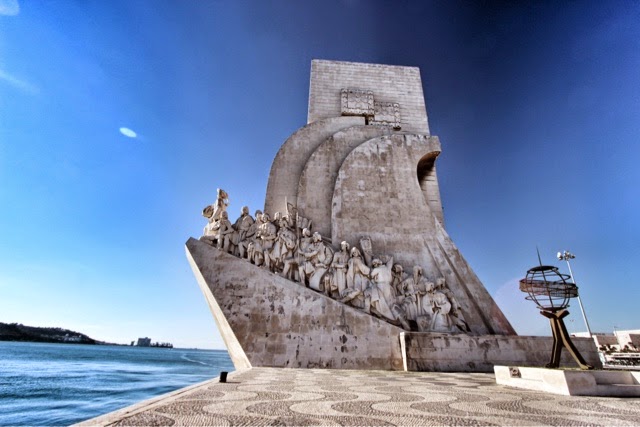 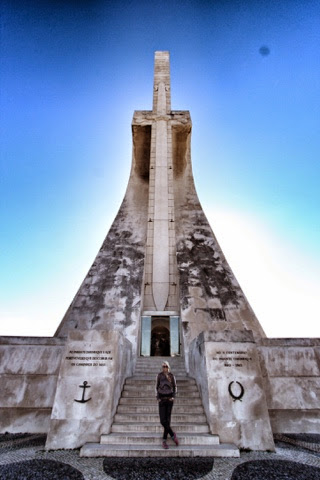 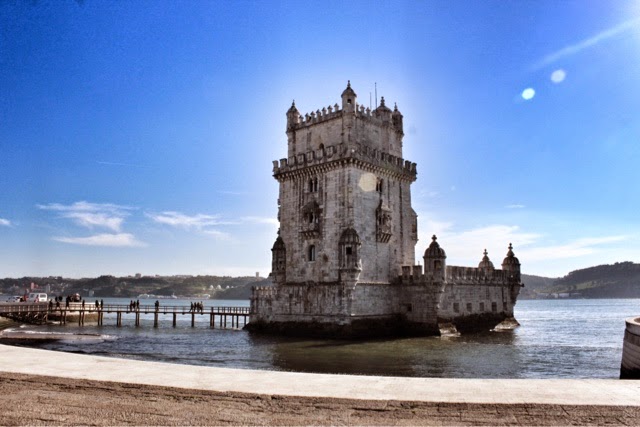 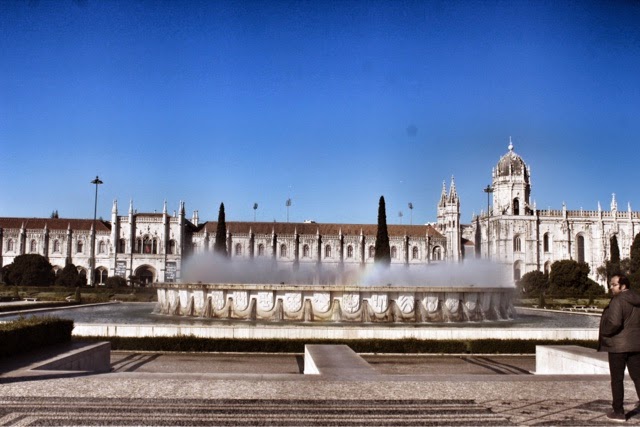 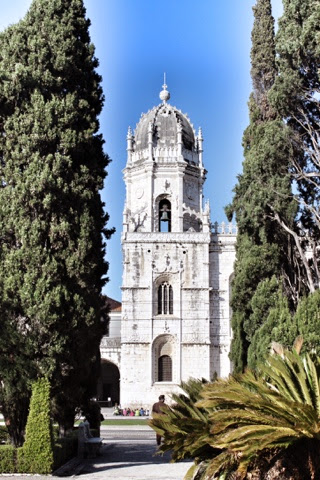