This article is in the September edition of Juice mag, the inflight publication for MANGO Airlines 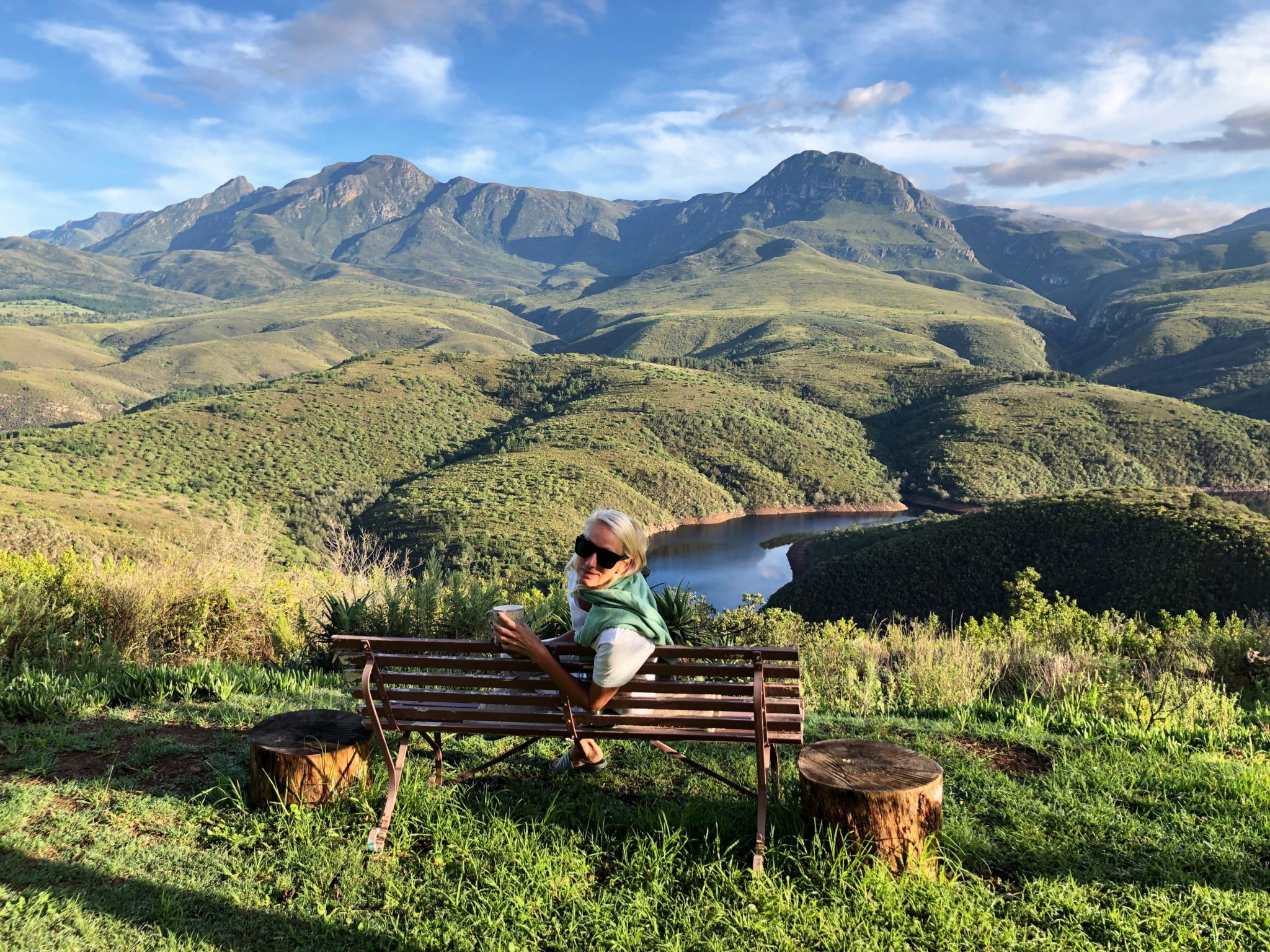 Jack Kerouac liked to compare mountains to Buddha. “Think of the patience”, he wrote, “hundreds of thousands of years just sittin there bein perfectly perfectly silent and praying for all living creatures in that silence and just waitin for us to stop all our frettin and foolin.” 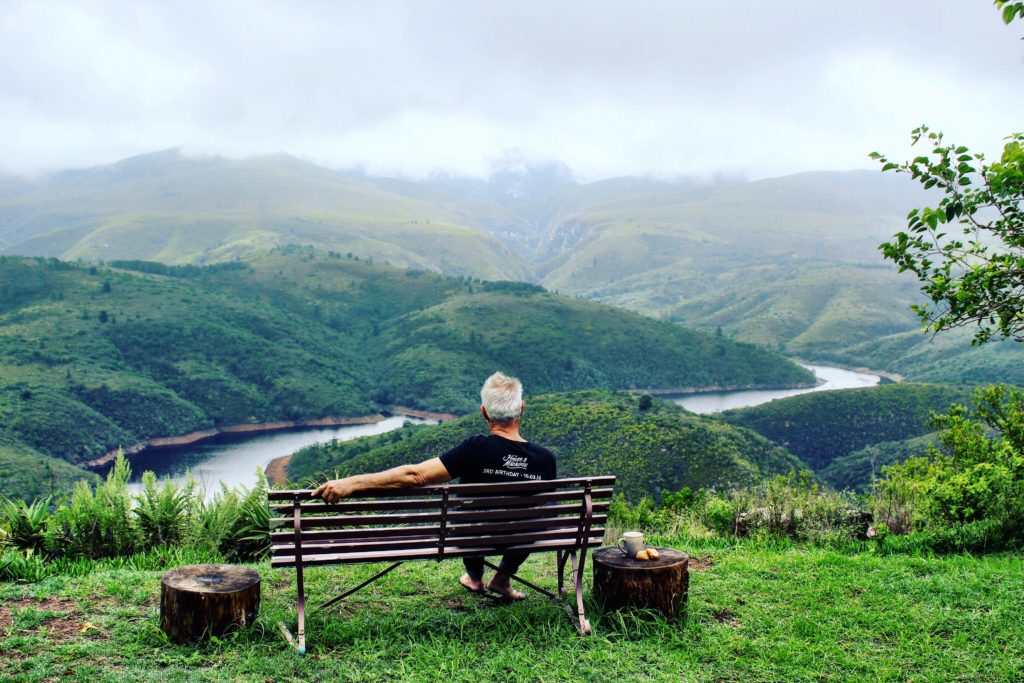 These days, stress thermostats are high. From digital dominance, to days manipulated by schedules, deadlines and cashflow conversations, the pace is relentless. Conscious detachment is a thing and people, woke to the benefits of nature, are fleeing the metropolitan madness and heading for the hills to hit refresh and find offline bliss. 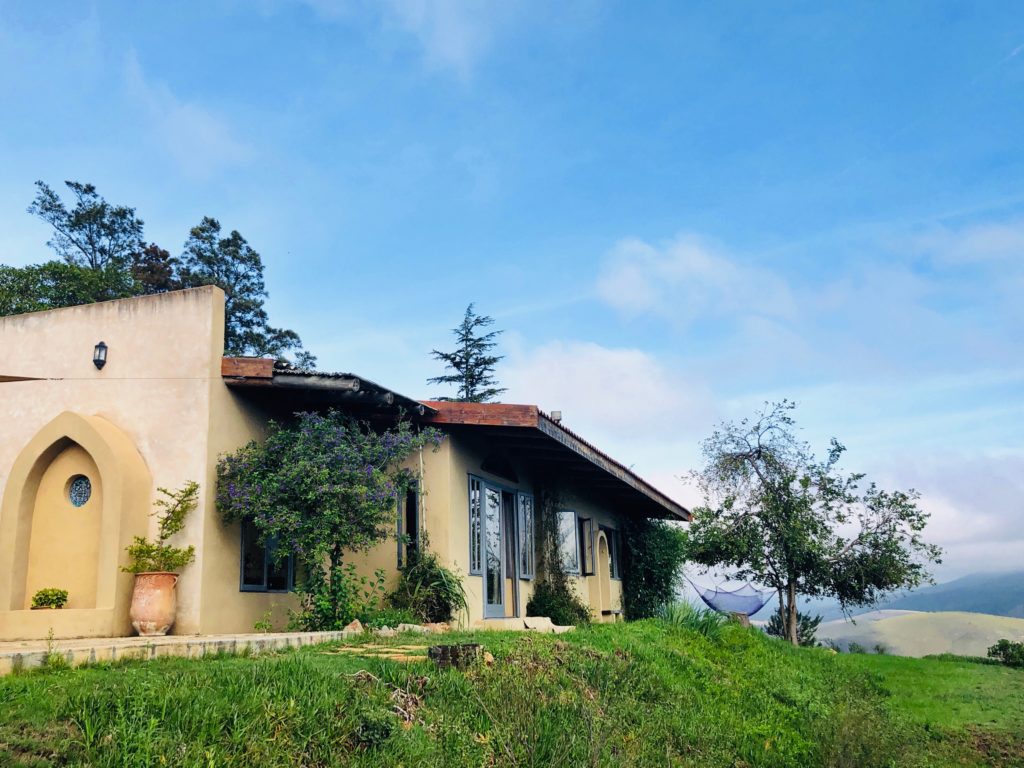 West of Swellendam and high above the town of Heidelberg is a slice of utopia. Welcome to Ertjiesvlei se Berg and Akasha, an eco lodge poised unobtrusively on it slopes, backdropped by luxuriant Afromontane forest and ensconced in swathes of fynbos. The ochre coloured villa overlooks the Boosmansbos Wilderness Area, a verdant conservancy that drapes the Grootvadersbosch reserve and the Langeberg, part of the Cape Fold supergroup that refers to various Cape Mountain ranges that were literally ‘folded’ into their swirly formation almost 500 million years ago. Up top, wispy clouds hover across the ‘berg and down below the Duiwenhoks Dam threads through the expansive landscape like a charcoal ribbon and it’s a majestic spectacle. 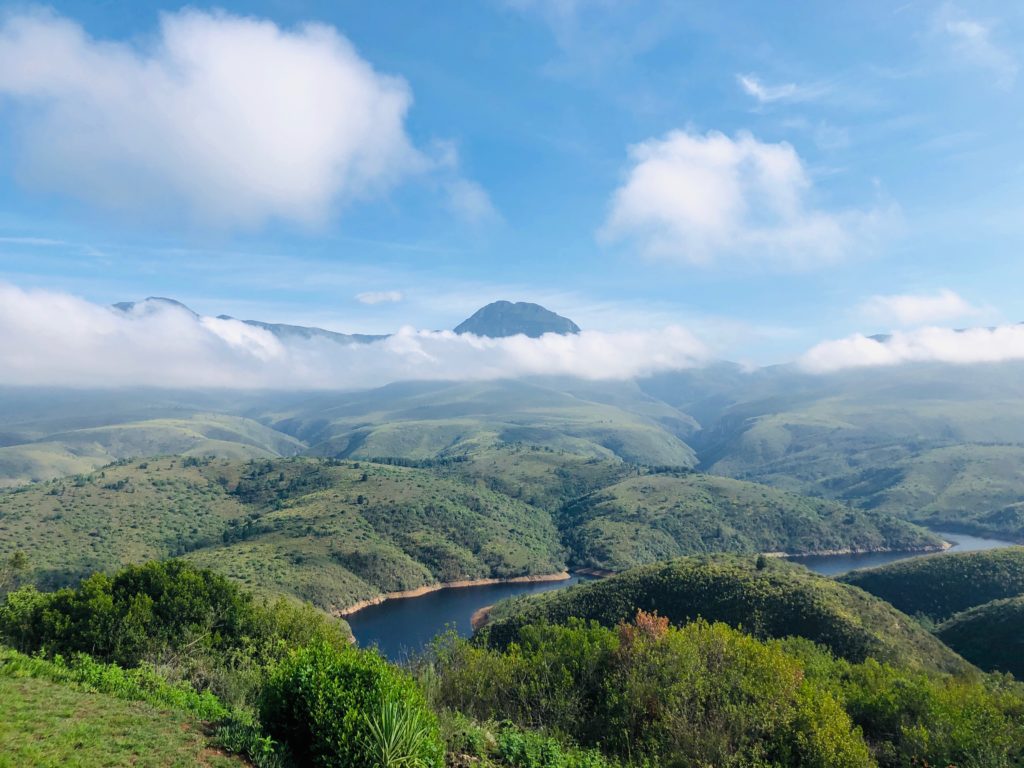 From Cape Town it takes about three hours along the N2 to reach Heidelberg, the unofficial start to the Garden Route, one of South Africa’s most sought after attractions. The drive to Akasha is twenty minutes along a dirt road flanked by fields of green, grazing cattle and rolling hills that fan out towards the horizon. It’s a slow ride by choice – you’re officially in the country, off comms and rushing is a dirty word. 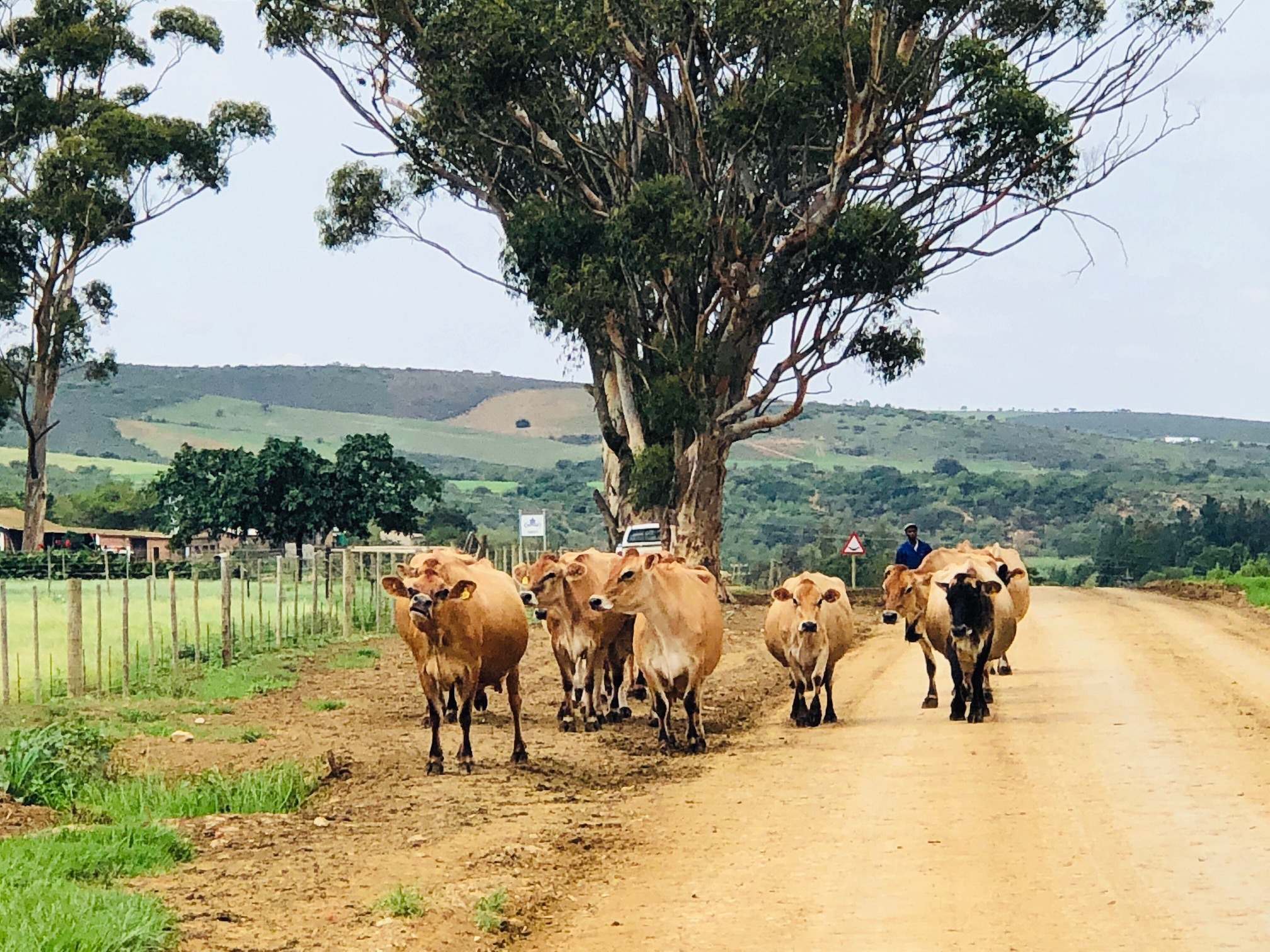 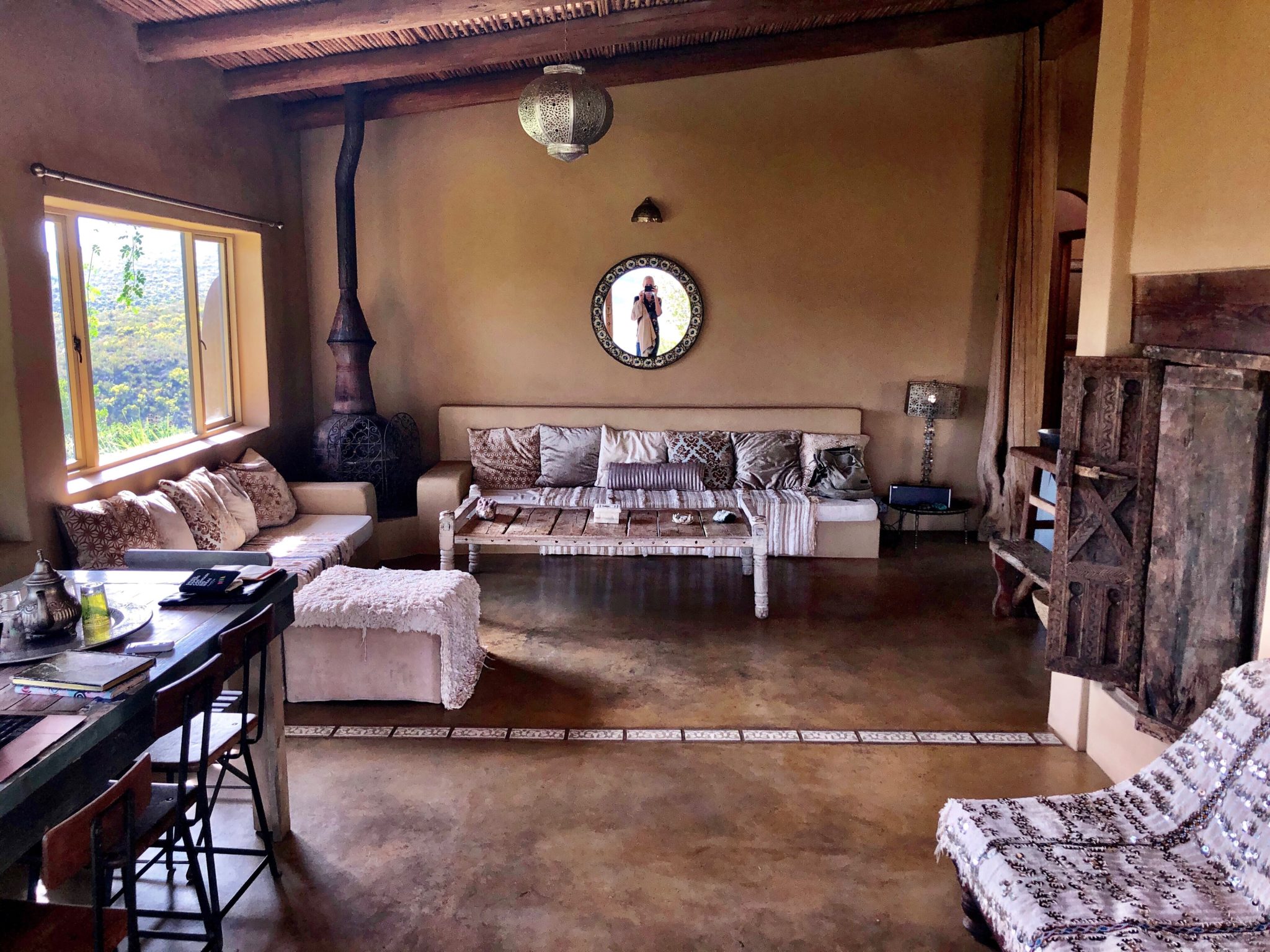 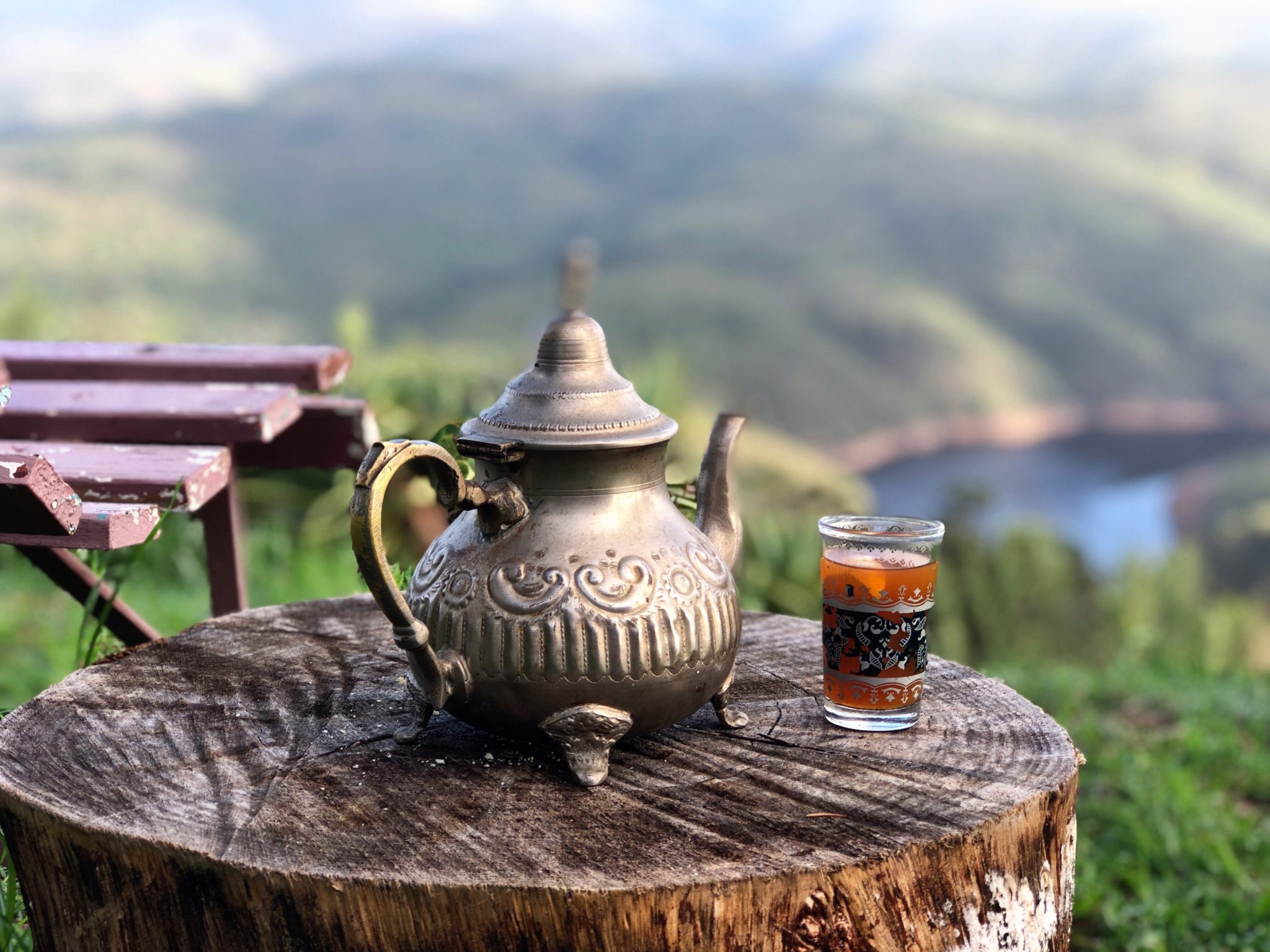 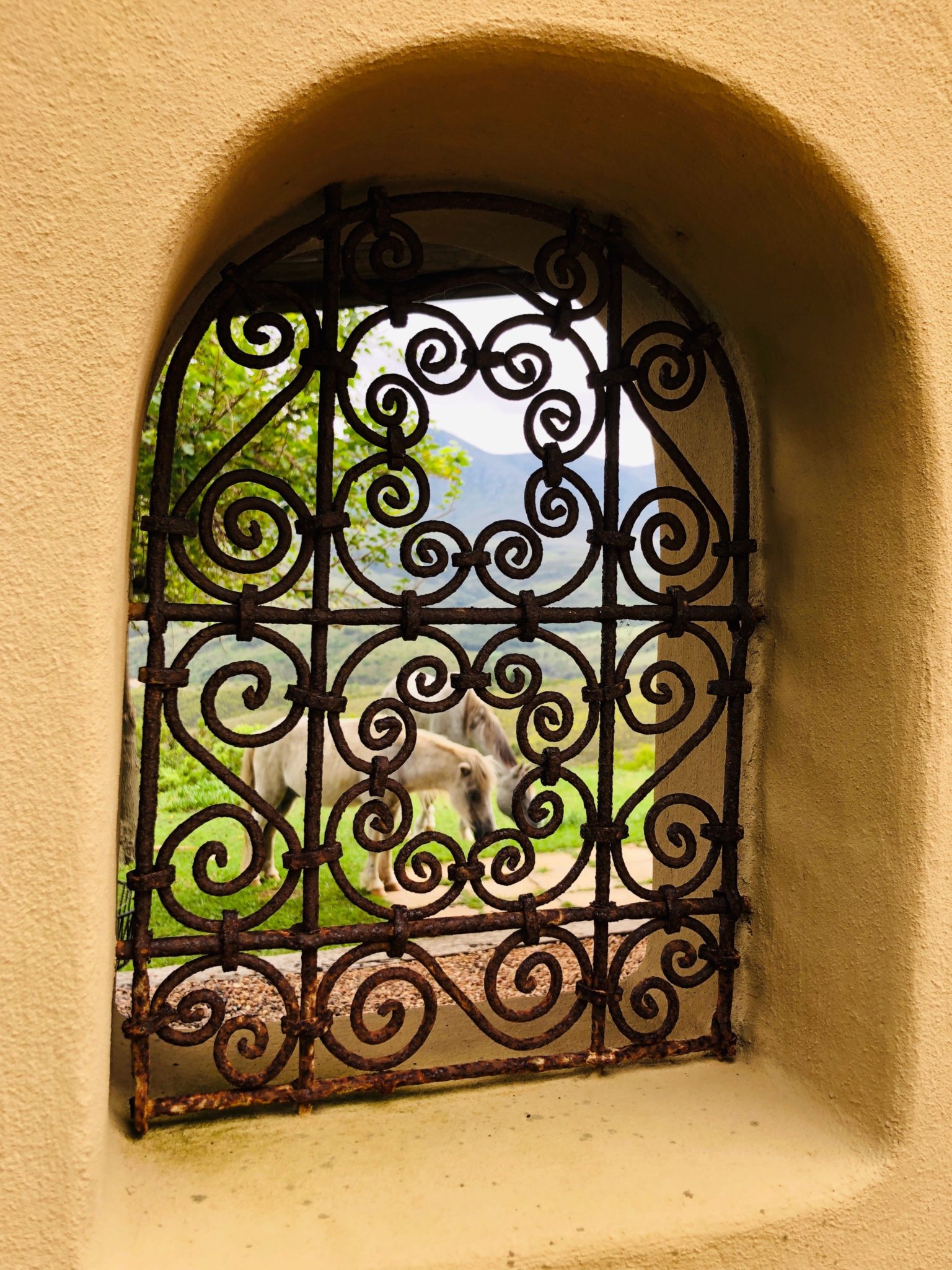 Decorative throws, pewter tea pots, hand beaten silver trays and coarse textiles embellished with shisha embroidery are a throwback to Marrakesh and add to the faintly exotic ambience. It’s an eclectic and harmonious space and once you’re inside you won’t want to leave. 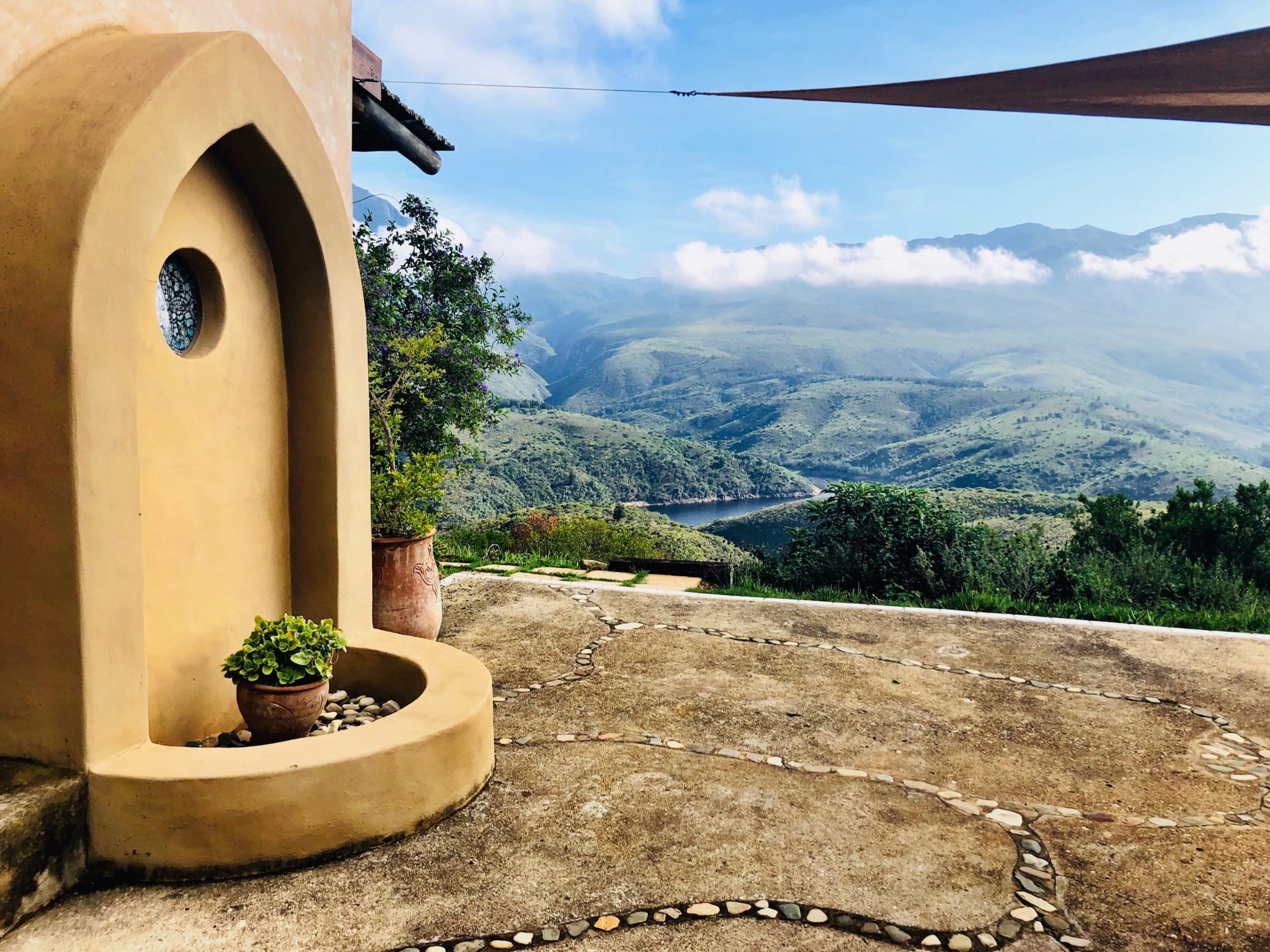 Tempting as it is to squirrel away with a book all weekend long, there is a world of outdoor splendour that begs exploring. The locale, within the most important biodiversity hotspot in the Cape Floral Kingdom after Table Mountain, is a pristine UNESCO World Heritage Site and it’s at your disposal. 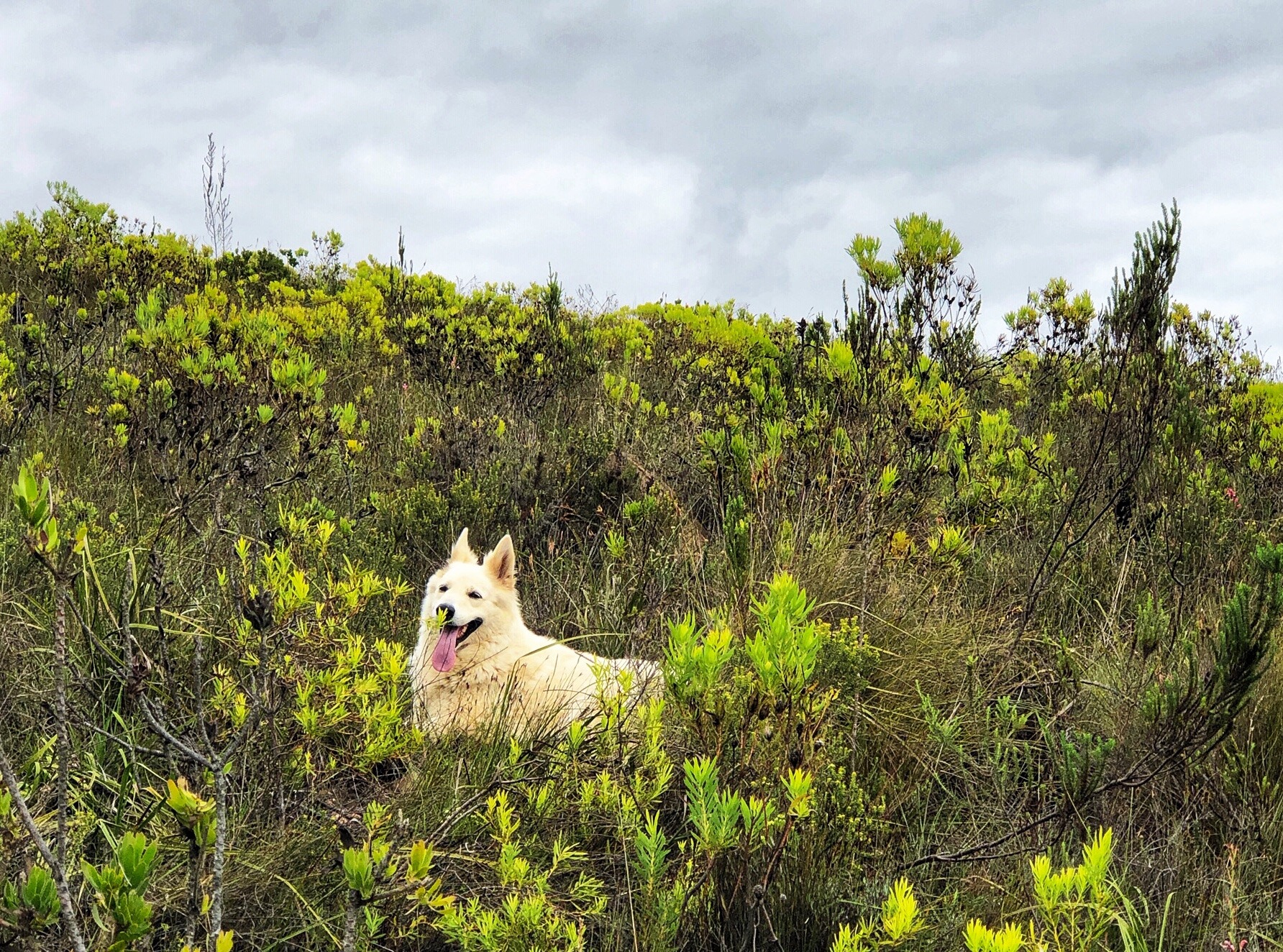 The territory is prime for hikers, mountain bikers and climbers and there are several trails from which to choose. A paved road descends away from the villa, 220 metres down to the water and along the Duiwenhoks river bed, where a private path culminates at the ‘mermaid’ and ‘otter’ pools below Kaaimanskrans. On his botanical walk, Chris conducts a seven hundred metre circular trek through protea dense fynbos, a vivid tapestry of leucadendrons and other endemic plant varieties. Whatever the season, the air hangs thick with the sweet peppery scent of these delicate yet hardy shrubs that have adapted so magnificently to the sandstone soil conditions of this ancient environment. There’s a mystical element to this tour too, with curious rock structures Chris calls ‘mystery circles’, and stones that sparkle with micro crystals. For the little people, there is a special adventure that includes all this plus includes a peek at a sugarbird nesting site and a treasure hunt. 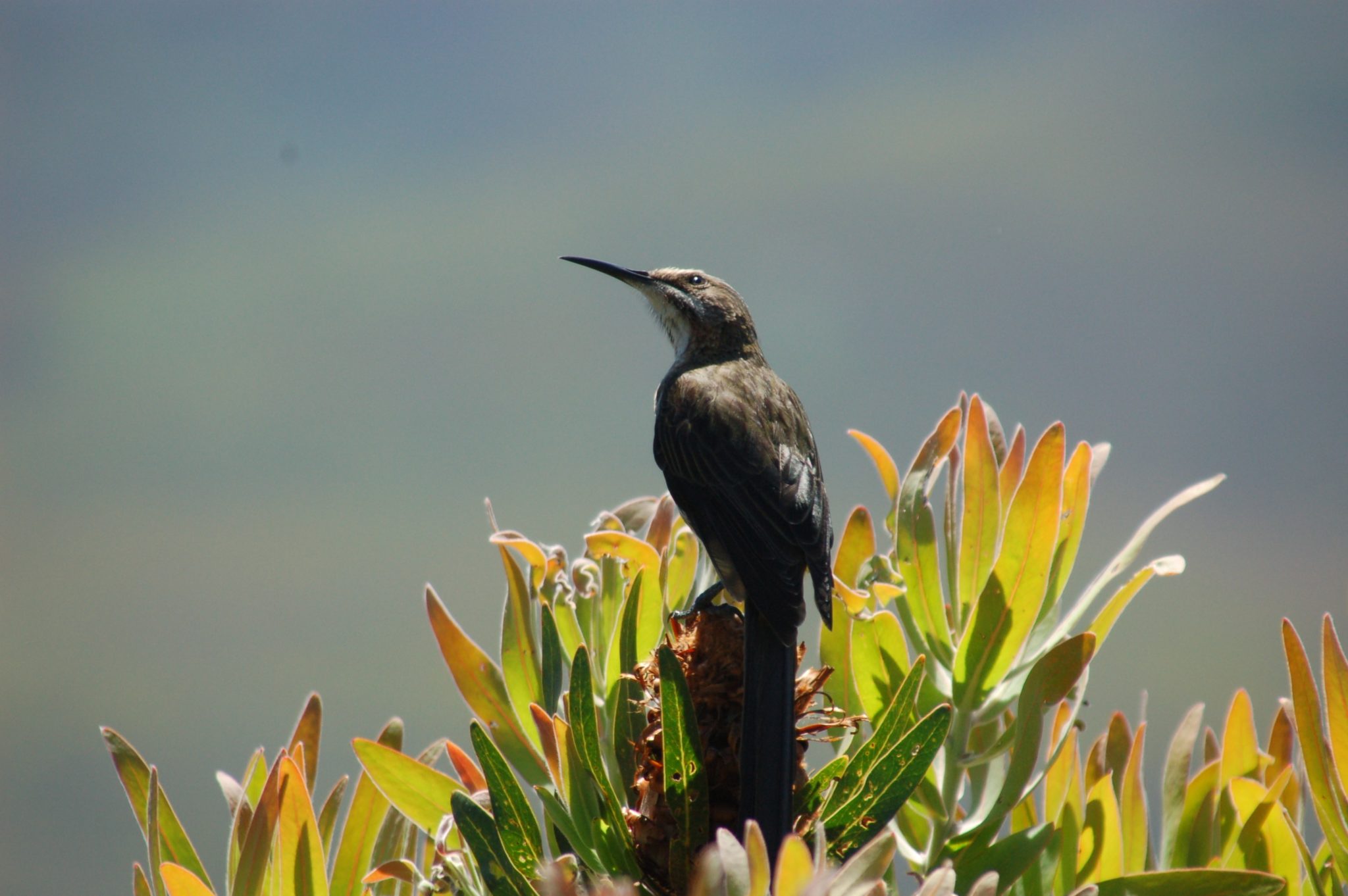 Close to two hundred bird species frequent the area, six of which are found nowhere else in the world except in the fynbos biome – super long-tailed sugarbirds, booted eagles and Victorin warblers to name a few. Roaming the kloofs and gullies are baboons, mongoose, a variety of buck, genets and, dwarf chamelons and, with this being the largest remaining breeding ground for it, the elusive Cape Leopard. 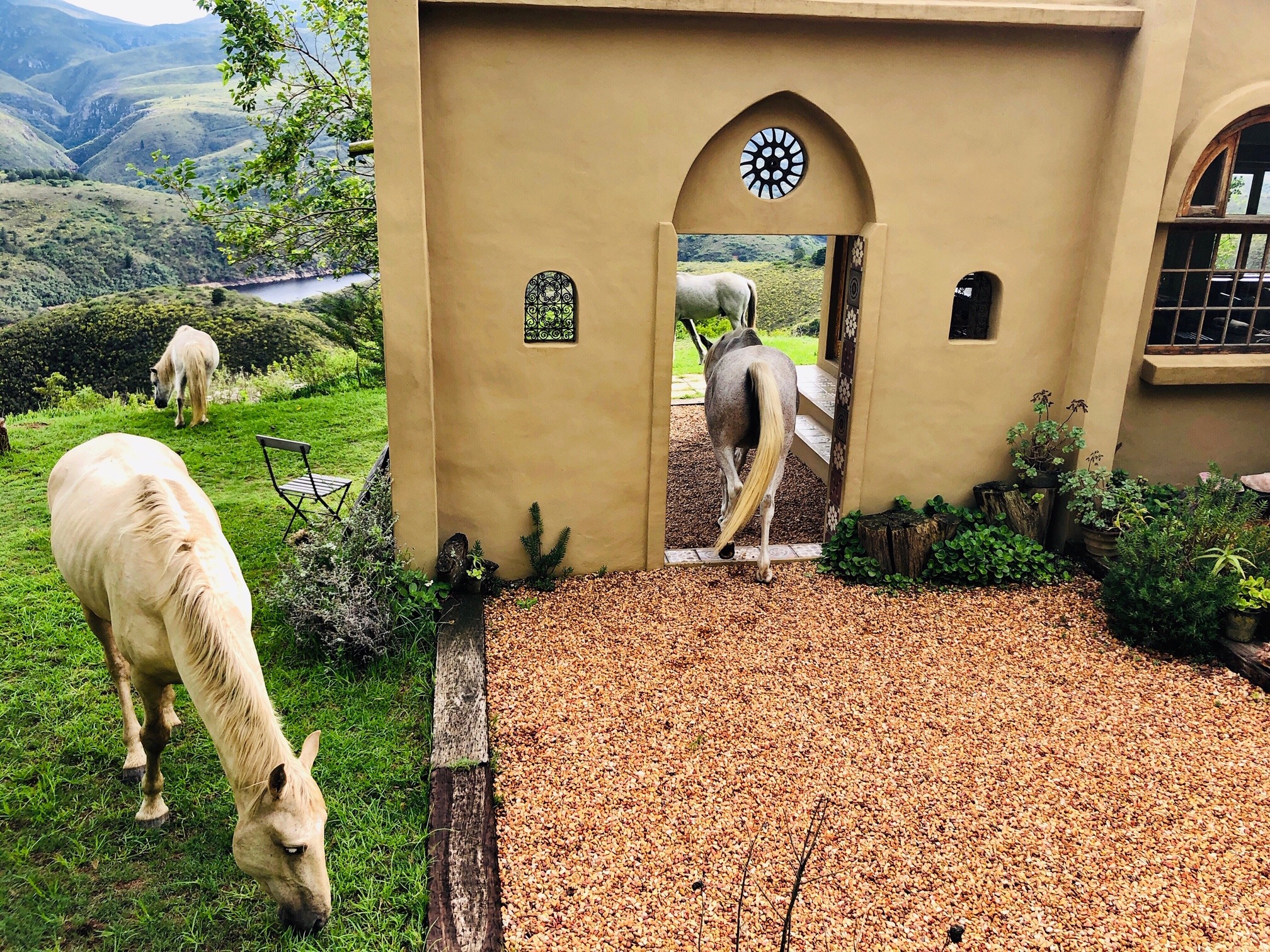 Perhaps the most magical experience at Akasha is the horse encounter. It happens randomly and when it does it’s like a spiritual moment. The herd belongs to the Van der Walts, six handsome free roaming horses and a Shetland pony living their best lives. 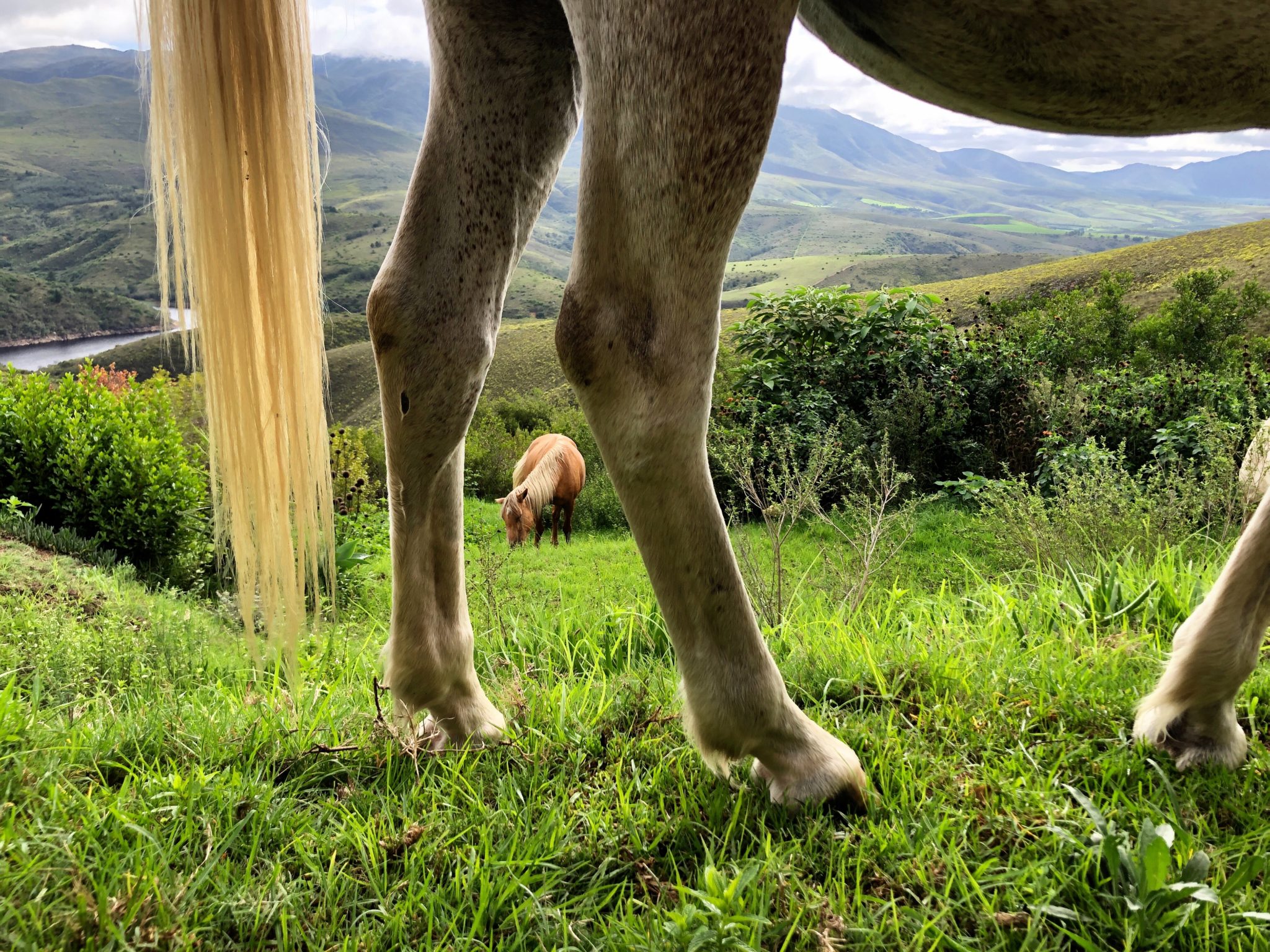 On occasion they appear with fanfare, cantering noisily down the dirt track, manes flicking in the wind. They tend to trot casually through the verandah archway, brushing past somewhat surprised guests, to get to the juicy grasses in front of the villa. In the early morning, you might waken to the soft sound of a whinny and find them grazing right outside your bedroom, or staring curiously into the house. Even though there is no physical interaction with the horses, it’s no matter. Just having them up close and feeling their calm energy is a trip. 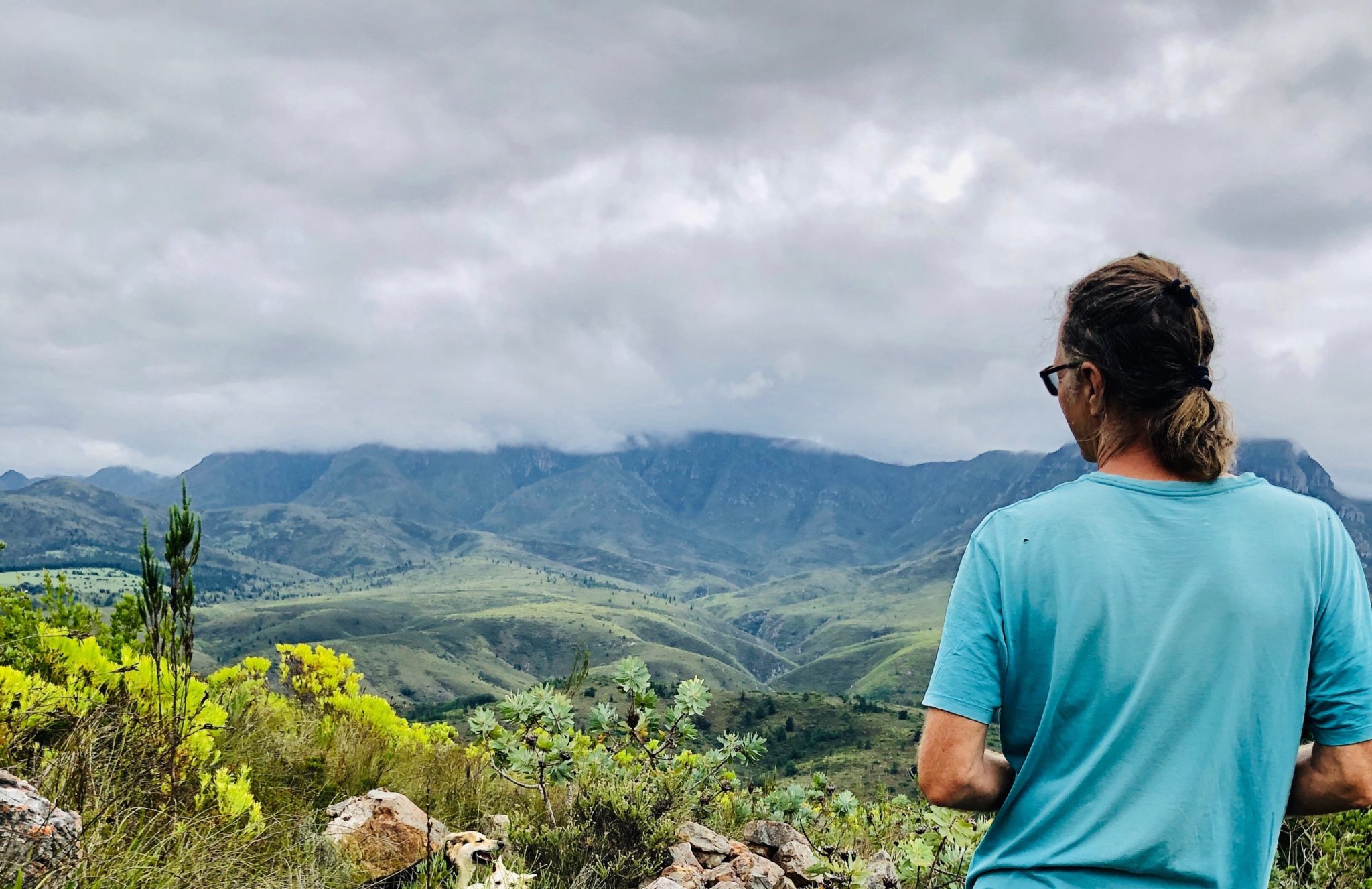 Countryphile Chris van der Walt is the perfect concierge. He and Elana are based at their own home 500 metres away and Chris is the one who mostly interacts with guests, should they wish it. Wandering the 240 hectares alone is a choice for many, but having Chris on call to  share his knowledge, Khoi insights and folklore tales is a bonus and he provides an invaluable orientation into the area. Tours up to seventy kilometres away from Akasha can also be arranged, to historical towns such as Heidelberg and Riversdale, and into parks like the Bontebok National Park and De Hoop Nature Reserve. 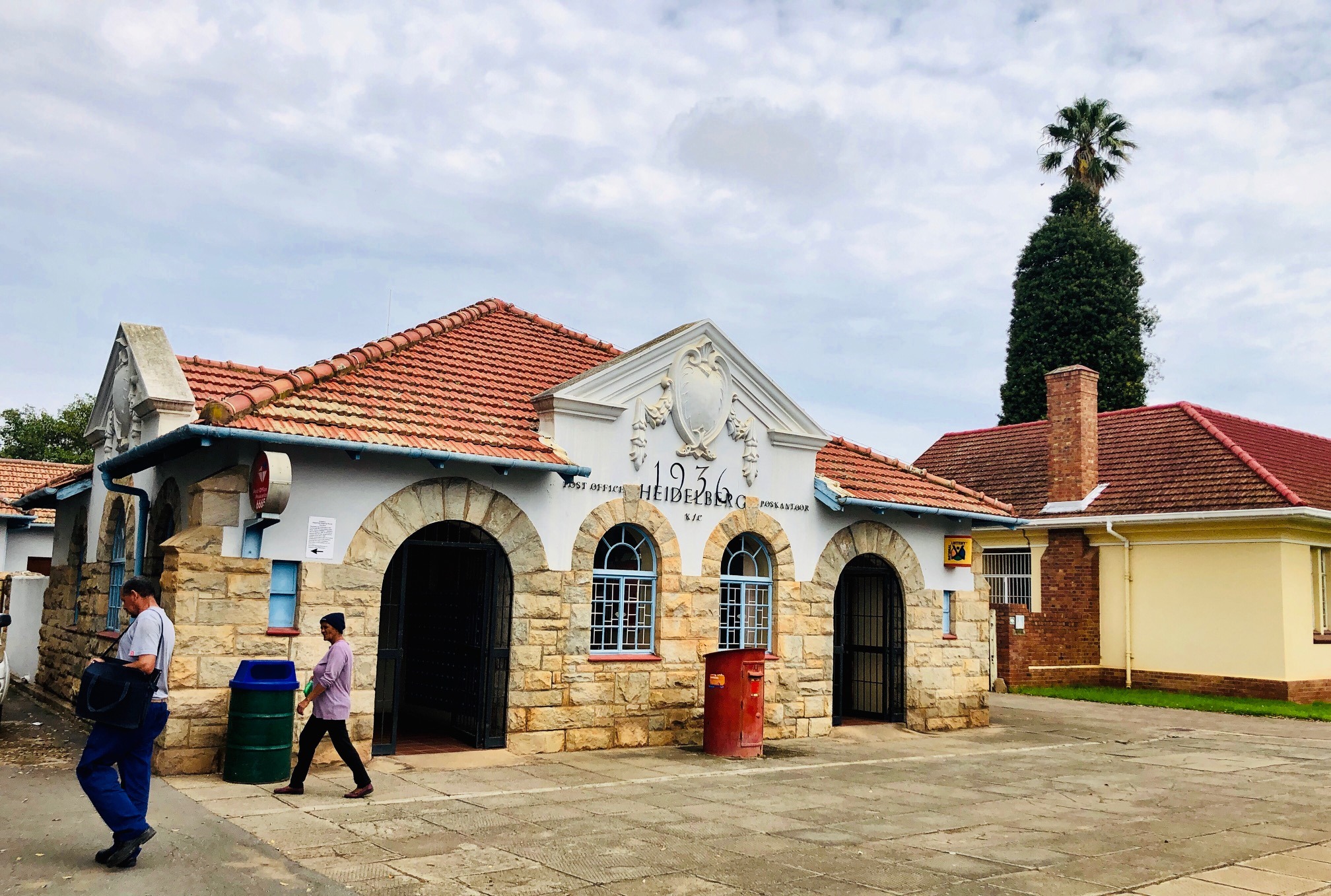 At night, in the absence of urban light interference, the black sky is a twinkly canopy and the stargazing is superb. After a braai (barbeque) Chris can also be persuaded to give an impromptu guitar recital or bring out the djembes, marimbas and percussion instruments for a jam session with guests around the campfire. As always, it all depends on the mood of the moment. 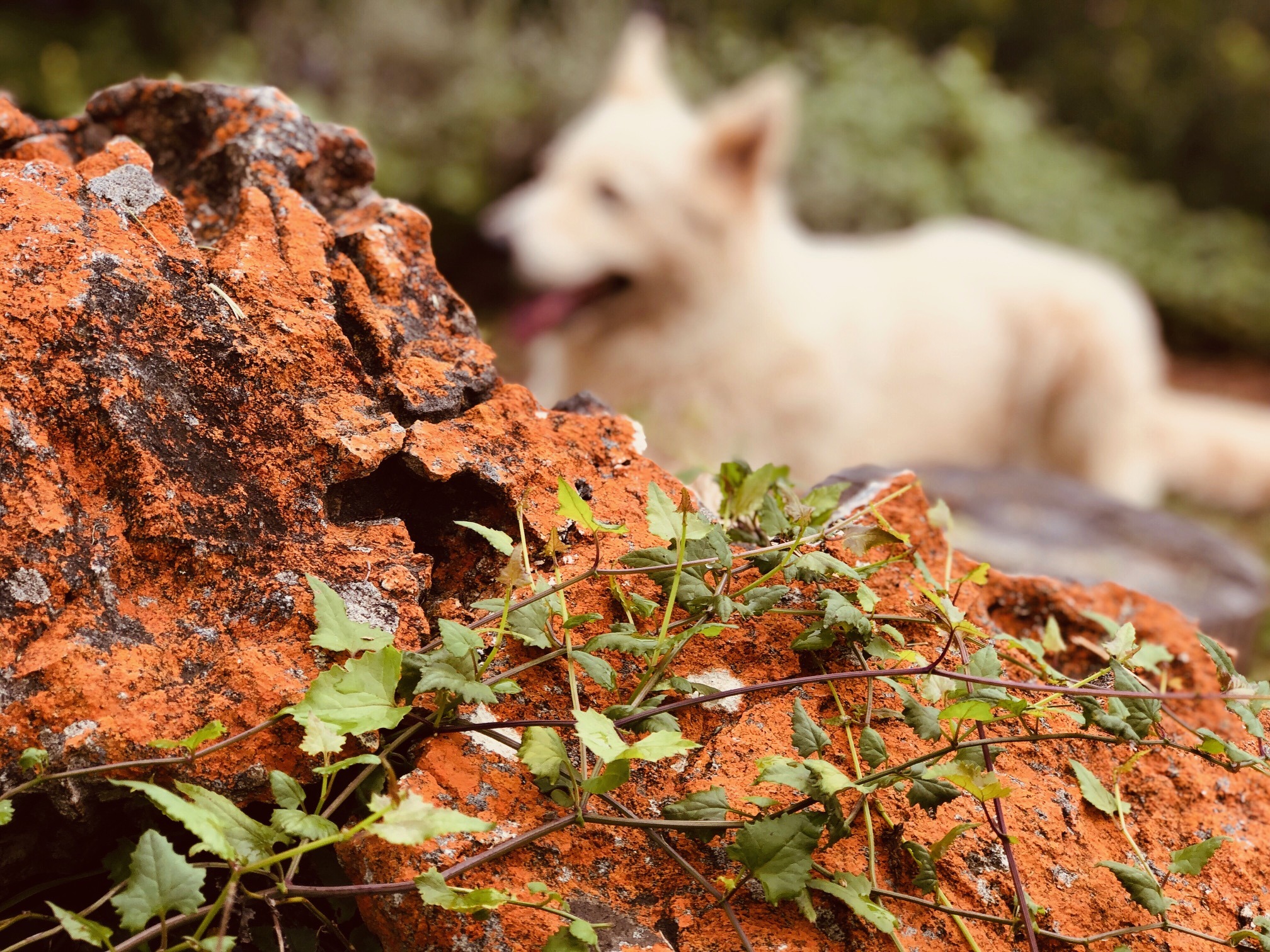 Akasha is what you want it to be. It’s a retreat for a reason, a chance to savour the silence and re-discover your equilibrium. “Each stone, each bend cries welcome to him. He identifies with the mountains and the streams, he sees something of his own soul in the plants and the animals and the birds of the field” –  Paulo Coelho. I’ll leave it at that. 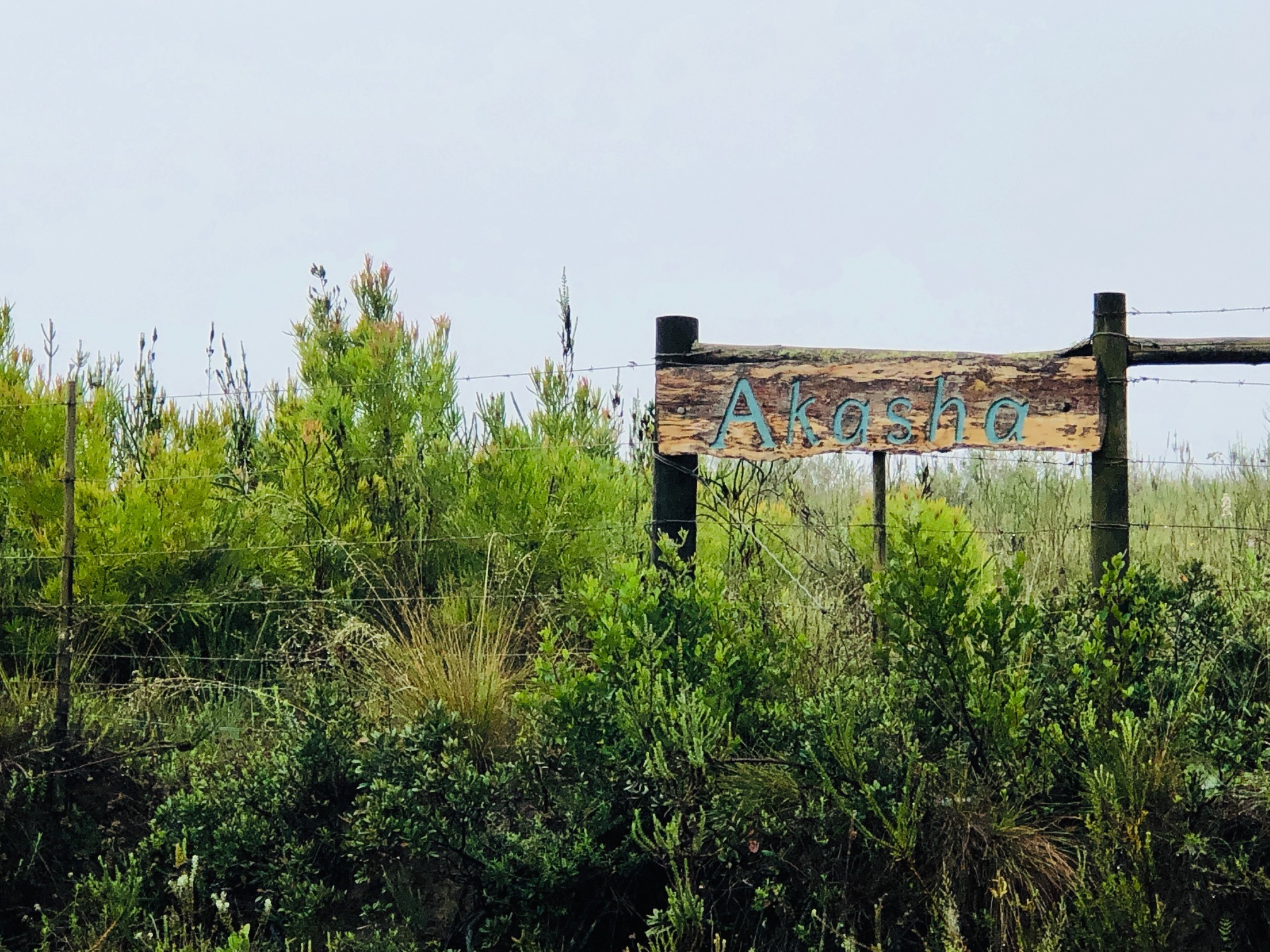 From Sea Point to Khayelitsha-meet four female chefs who are flying!