Our good friend Shingo took me to see breathtaking buildings today, designed by some of Japan’s foremost architects. St Mary’s Cathedral in Sekiguchi, Bunkyo-ku, Tokyo (Metro stop is Edogawabashi), was our first stop, and it’s all I expected-  spectacular. Before it was flattened in a WWll air raid in 1945, St Mary’s church was a simple wooden gothic structure. Kenzo Tange was tasked with creating the new house of worship, an imposing house of worship that must have seemed way ahead of its time when it opened in 1964, some 50 years ago. I managed to sneak one pic inside, of the stained glass window at the altar – all the other details of the interior can be found online. My photos don’t really do the building justice- it can be captured from many more different angles and from the sky it presents another beautiful perspective. Good luck getting that angle … 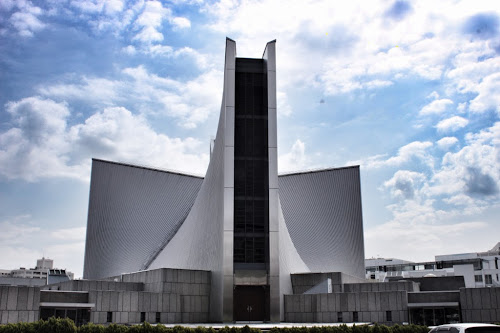 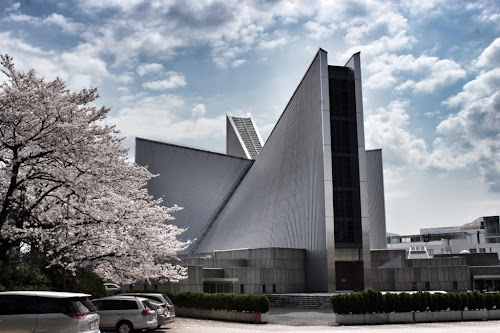 The stained glass window behind the altar – so beautiful.. 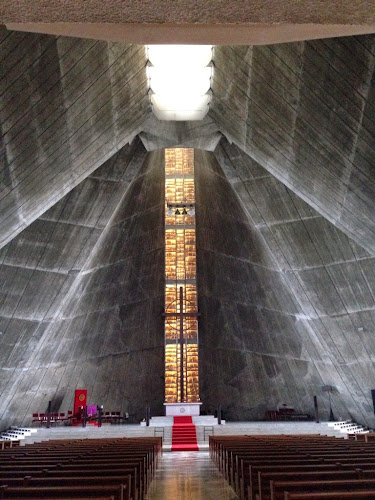 More info re Kenzo Tange- he is said to have been the greatest exponent of modern architecture in Japan and the first Japanese to be awarded the Pritzker prize. Tange’s cathedral project is described as being at the midpoint between Modernism and Metabolism, between the abstract and the symbolic, between the bright and polished exterior and the dark and rough interior… in sum, between the East and the West *

Part with your plastic here…Omotesando in Tokyo…

My Mom Heather Foat is 80 today! A Superwoman & ou

Women’s Day at @grahambeckbubbly was a fine idea

Women’s Day with at @grahambeckbubbly - a perfec

Here’s to my femme tribe across the world - seiz

Thank you Ryan for this pic ☀️ 📷 @mylimeb

A hoist to local winemakers, starting with McGrego

Back in the village & taking advantage of the balm

Bumped into Almost Famous today- it has been so lo

Messing about on the mountain- SAIBC publicity sho

Just a random shot by @mylimeboots - mostly to sho

Last stop on this epic 4-day road trip through Wol

Chilly morning in the Bossiesveld. Loving the co

We’ve arrived @pendennis_farm in the heart of th